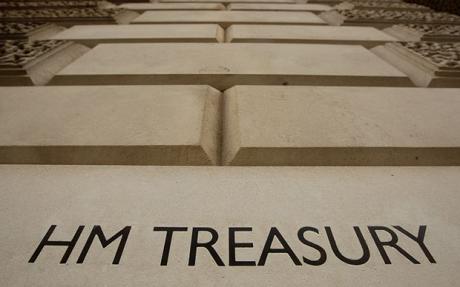 PFI was a procurement tool popular in the 1990s based on the buy now/pay later principal. Construction companies teamed up with investors to build roads, hospitals and other public infrastructure at little or no immediate cost to the public purse. In return, they would be paid for the next 25 or 30 years to maintain the asset, shouldering liability for any defects in their construction work.

Even the Treasury was eventually forced to admit that it was an expensive way to buy infrastructure and had all been a horrible mistake – but it took until October 2018 for the government (chancellor Philip Hammond) to announce that it would no longer use PFI.

Now we are faced with a new problem: what to do when those long-term PFI contracts expire?

Over the next five years, 72 PFI contracts are coming to an end in England. Some £3.9bn of assets will revert to public sector ownership.

Over the next 10 years, more than 200 PFI projects, representing assets worth over £12bn, are set to expire

A report by the National Audit Office in June 2020,  Managing PFI assets and services as contracts end, found that public sector bodies risk underestimating the time, resources and complexity involved in managing the end of PFI contracts. It said that there was a danger that important infrastructure could return to the public sector in an unsatisfactory condition and services could be disrupted.

While authorities will want to ensure they receive assets in the best possible condition at contract expiry, PFI providers have an incentive to limit spending on maintenance and improvement work in the final years of contracts, the NAO warned, as savings can be used to pay higher returns to investors. A survey of public authorities managing PFI contracts found that a third of them expect to have formal legal disputes over the end of contracts.

The same survey found that 55% recognise they need more knowledge on asset condition and 60% recognise they will need to recruit external consultants to help with contract expiry.

Good news for surveyors and consultants.

Gareth Davies, the head of the NAO, warned: “With the bulk of PFI contracts expiring from 2025 onwards, there is still time for government to make changes that will help public sector bodies to exit from contracts successfully. If government does not provide strategic support and public bodies do not prepare sufficiently, there is a significant risk that vital infrastructure such as schools and hospitals will not be returned to the public sector in the right condition and taxpayers and service users will bear the brunt of additional costs and service disruption.”

That was June 2020. It has taken more than 18 months but the IPA has now finally produced some guidance.

It spells out the risks starkly, and recommends at least seven years is allocated to planning for the expiry of PFI contracts.

The guidance says: “All PFI contracts are based on the transfer of construction and operational risk to the private sector and are structured around outputs not methods of delivery, so the authority may have spent many years distanced from how the service is being delivered. As a result:

Public sector bodies are advised to commission early condition surveys, to ensure that asset condition and asset information at handback meet all contractual requirements, and to get their lawyers to trawl through the detail of contracts.

The IPA warns that the public sector has to get this right because there may be no recourse later. “PFI Co may be a shell entity after contract end, meaning there is no simple corporate recourse to existing funds to address issues that may arise after expiry.”