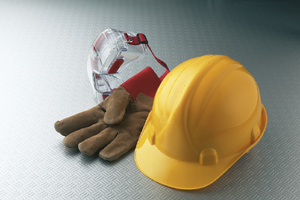 The details are revealed in a new report published by the independent anti-slavery commissioner, Dame Sara Thornton, into the lessons of a 2017-19 police investigation.

Operation Cardinas and Beyond: Addressing exploitation risk in the construction sector* looks at what the industry should learn from the affair. It also reveals the actions taken by a construction company when it learned that some people working on its sites were effectively slaves, controlled by an organised crime gang that kept them in debt bondage.

Operation Cardinas was a police operation that busted a Romanian organised crime group that had infiltrated the supply chains of major construction projects across London and the southeast for nearly a decade.

On 19 June 2019 three members of a Romanian family were found guilty of modern slavery offences. Grigore Lupu, then 39, was jailed for 10 years. His older brother Alexandru, 43, received an eight year sentence while their nephew Valentin, 24, received 10 years. The Lupus were part of a wider network that had been exploiting up to 500 Romanians between roughly 2009 and 2018. In a later trial, six members of another organised crime group linked to the case were convicted in a Romanian court. They are currently awaiting sentencing.

The Lupus placed their victims across a range of building and demolition projects in London, the southeast and the home counties. Projects ranged from small sites to prestigious major developments in the capital. The gang used a variety of fraudulent tactics to gain fake credentials and access to the workplace.

The Metropolitan Police identified at least 33 companies, including contractors, agencies and umbrella firm payroll providers, that had unwittingly been paying into accounts controlled by the gang. Cumulative transactions for each business ranged from £100s to £100,000s. However, investigators believe that the identified businesses were only a fraction of those infiltrated by this long-operating gang.

Victims were lured to the UK with the promise of good money but were held in debt bondage after arrival. They were crammed into cockroach and rat-infested properties owned or managed by the criminal network. Due to a shortage of bedding, some had to go scavenging for mattresses dumped on the street, and many slept in their clothes. Access to washing facilities was rationed to once or twice a week, and entire households were often only allowed to share the same basin of water. The crowded, unhygienic conditions led to outbreaks of scabies. Victims were fed meat that was long past its sell by date and sometimes rancid. Many became ill with frequent stomach upsets, which they attributed to the diet.

Dame Sara Thornton’s report, written by The Construction Index contributor Emma Crates, examines the criminal tactics used to circumvent site security and safeguarding protocols, identifying opportunities that were missed by co-workers, site managers and payroll departments in spotting the signs of slavery. It also hears from one company that became caught up in Operation Cardinas, and the actions that it took to protect victims while the investigation continued.

The company is a construction subcontractor that operates predominantly in London and the southeast. It is typically involved with between 40 and 50 live projects at any time, working on a mix of commercial, residential and mixed use developments. A high proportion of its workforce is made up of migrant workers, mainly from Eastern Europe.

Police contacted the company’s payroll department in 2018 asking for details of two workers. After liaising with the officer, the employee decided to carry out her own payroll investigation and discovered that a number of workers on different projects were linked to the same bank accounts. Although the police investigation had initially focused on two people, the subcontractor now suspected that 12 potential victims were hidden within its operations.

After discussions with the police, the company agreed to keep the victims working on its sites, so that the investigation could continue without alerting the traffickers. At this point, many companies would have decided to terminate contracts in order to reduce corporate risk. But the company’s first priority was to protect the victims.

The report quotes the construction director saying: “At this point I took a deep breath. It’s a natural instinct to want to get rid of the risk immediately, but we didn’t want to kick the problem down the road. We wanted to manage it. We felt a moral commitment to the people that were being abused.”

While the investigation was ongoing, there were significant health and safety risks to manage. The general health of the victims was not known. If, as was suspected, they were not getting enough food and rest, they posed a danger to themselves and fellow workers. To further complicate matters, victims were dispersed across different sites.

To manage the situation, the director moved all the victims onto one very large project. He ensured that the work they were given was not too physically arduous. The company also found a way of ensuring that victims could receive free nutritious food every day. In an initiative that was disguised as a pilot scheme, workers were given vouchers to use in the site canteen. Multiple sites were chosen for the pilot to avoid raising suspicion.

The investigation lasted 18 months, but to prevent rumour or speculation within the business, only four people were aware of what was happening: the CEO, the construction director, the site manager and the payroll specialist.

As time went on, the construction director says that he was surprised at how easily the vulnerable people blended with the rest of the workforce on site. “Superficially there was no obvious sign that anything was wrong. There was no sign of tension or coercion in the group, and all the paperwork and ID documents were in order. The only red flag was with payroll.”

As a result of Operation Cardinas, the company vets worker gangs more closely, deliberately asking more challenging questions. It has also introduced a policy of paying all workers individually and directly into bank accounts. Staff training to raise awareness of modern slavery has also been rolled out across the business. The company has also shared its experience with industry peers.

The construction director says: “We use our experience to explain how the situation arose, and how challenging it can be to spot the signs. Our advice to other organisations is, ask awkward questions. Make sure people are who you think they are. This is a bigger problem than industry realises.”

Independent anti-slavery commissioner Dame Sara Thornton said: “Construction is a major employer and vibrant part of the UK economy. An estimated 2.2 million people are working on the buildings and infrastructure that form the backdrop to our everyday lives.

“While the sector is striving to meet its sustainability and carbon targets, it faces particular challenges in the ethical management of labour. Operation Cardinas is a harrowing reminder that no organisation can afford to be complacent, and that every worker has a role to play in spotting the signs.