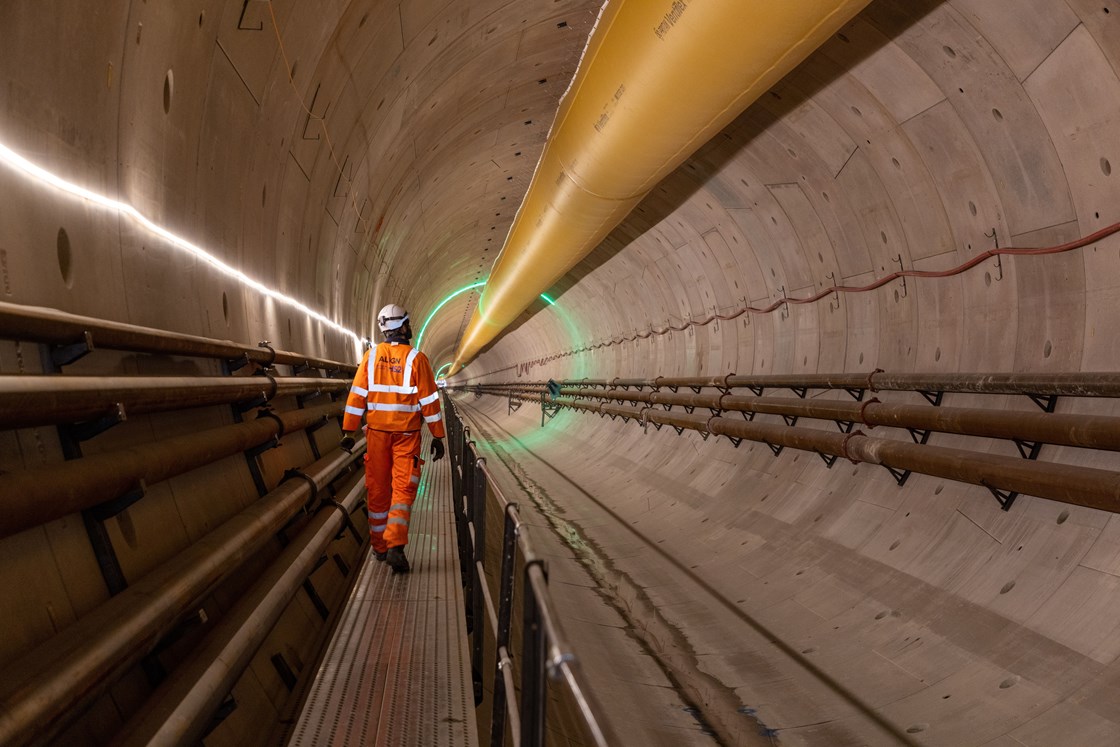 Twin TBMs Florence and Cecilia, each 170 metres long are excavating the longest tunnels of the HS2 high speed rail project.

Since they launched from the southern portal site near Maple Cross  – Florence on 13th May 2021 and Cecilia in 2nd July – they have covered more than 3.6 miles between them.

The 78-metre deep shaft at Chalfont St Peter is the first of five that will provide ventilation and emergency access to the 10-mile twin tunnels under the Chilterns. Once complete, the shaft will be covered by a headhouse designed to resemble local farm buildings.

The TBMs are expected to break out at the north portal in around two and a half years.

HS2 Ltd project client David Emms said:  “It’s great to see how much progress has been made.”

Main works contractor on this section of the line is Align – a joint venture of Bouygues Travaux Publics, Sir Robert McAlpine, and VolkerFitzpatrick.

A crew of 17 people on board each TBM keeps them running, working in shifts and supported by over 100 people on the surface, managing the logistics and maintaining the smooth progress of the tunnelling operation.

Align project director Daniel Altier said: “Florence and Cecilia reaching our first shaft at Chalfont St Peter is a great achievement for not only the tunnelling team but also construction team involved in excavating and preparing the shaft. In particular I would like to pay credit to KVJV (Keller and VSL) and Keltbray, our supply chain partners, who have been working tirelessly over the last few months to ensure the shaft is ready for the arrival of Florence and Cecilia.”

Each of the separate northbound and southbound tunnels will require 56,000 fibre-reinforced concrete wall segments – which are all being cast in purpose-built factories on site at the south portal. During their first 3.6 miles, Florence and Cecilia have collectively installed more than 20,000 separate segments, each weighing around 8.5 tonnes.

In total there will be ten TBMs on the HS2 project – working to create 64 miles of tunnel between London and the West Midlands including major tunnels on the approach to London and Birmingham. Three machines have been launched so far.