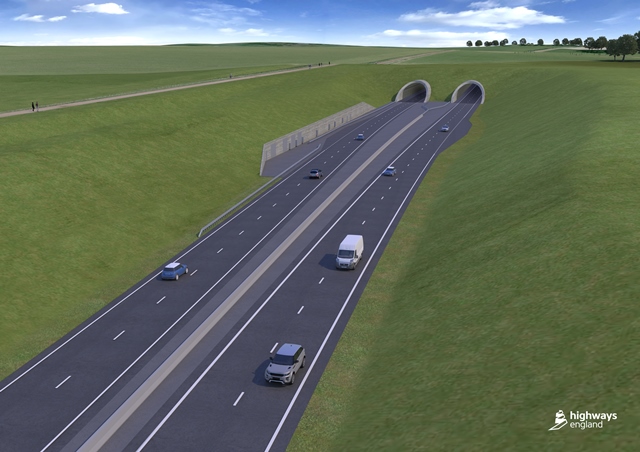 Transport Action Network, which campaigns against road building and for buses and trains (except high speed ones), notes that four of the five biggest road-building schemes in the works are in the south of England.

Chris Todd, director of Transport Action Network, said: “The government’s laudable ambition to level up the country is undermined by its massive £24bn RIS2 roads programme. Four out of the five largest schemes in RIS2 are in the south of England with a price tag of over £12bn. This is diverting money away from public transport and rail freight improvements in the north.”

RIS2 stands for Road Investment Strategy 2 and is Whitehall jargon for the years April 2020 to March 2025.

The five largest schemes in RIS2 are:

Chris Todd continued: “The roads programme will increase air and noise pollution and carbon emissions, all of which tend to impact heavily on the poorest sectors of society, both here and abroad. It also completely undermines the government’s leadership on tackling climate change.

“Investment in rail, bus and active travel alongside better education and training are what is needed if ministers truly want to level up left behind communities. Unless the government refocuses its efforts, it risks making things worse.”

Asked whether it would be better for ‘levelling up’ if there was more road building in the north than the south, Chris Todd replied: “No we’re saying that the government’s messaging is both wrong and confused. It says it is levelling up and roads are part of that but then investing heavily in the south and not the north. However, the reality of its focus on new roads (which rarely deliver the benefits claimed) is that it’s diverting funding from more sustainable options as well as undermining taking action on climate change and things such as air and noise pollution, obesity, NHS funding, etc.”