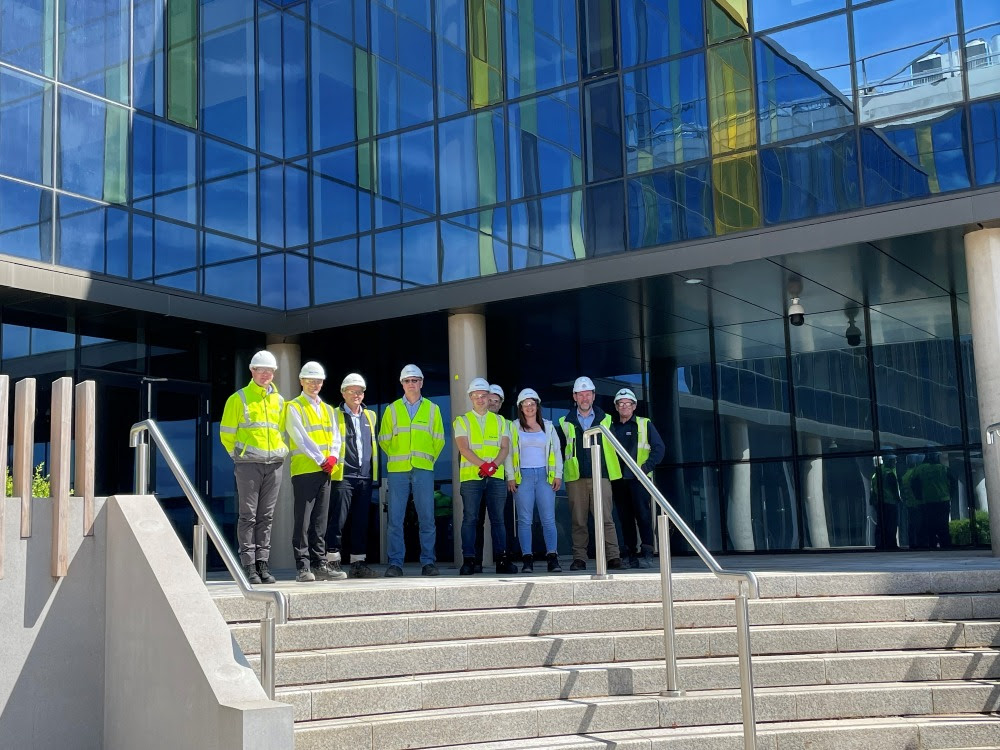 Balfour Beatty employees in Scotland teamed up with addiction and homelessness charity, Steps for Hope, to raise more than £140,000 to support people in need in Edinburgh.

The most recent fundraising initiative, supported by the University of Edinburgh, saw Balfour Beatty and its supply chain partner, Anixter, recycle and sell approximately 8.5t of redundant materials from the Institute of Regeneration and Repair Expansion project – a flagship project which will see Balfour Beatty construct a new, purpose built, research facility for the University, with all proceeds donated to Steps to Hope.

Richard Roncero, founder & operations manager for Steps to Hope said: “We are absolutely over the moon and grateful to have received this sizeable donation from the Balfour Beatty and University of Edinburgh team.

“These funds will make a huge impact in allowing us to continue carrying out our vital work for those who need it most here in Edinburgh.”

Hector MacAulay MBE, Regional Managing Director of Balfour Beatty’s business in Scotland, said: “Wherever we operate, we always seek to support the local community including its businesses, people and charities, collaborating to create better futures for people and communities most in need.

“This innovative fundraising idea was truly a win-win as it saw the recycling of redundant materials from the project raise funds for a fantastic cause.”

In further support of Steps for Hope, Balfour Beatty’s Regional Operations Manager, Ray Duffy, completed the “Climb to Hope” challenge, climbing the 3,255 ft Cuillins Rocky Range before abseiling into, and spending a night in, Bastier Nick cave.  The funds raised by Ray were then donated to the “5 Weeks Sleeping Rough” challenge which involved Steps to Hope Founder and Operations Manager, Richard Roncero, sleeping rough for five weeks in five UK cities.

Balfour Beatty continued its charitable support of Steps to Hope last month with senior project manager, Mark Reid, walking 50 miles along the East Coast of Scotland, raising over £5,500 for the charity.