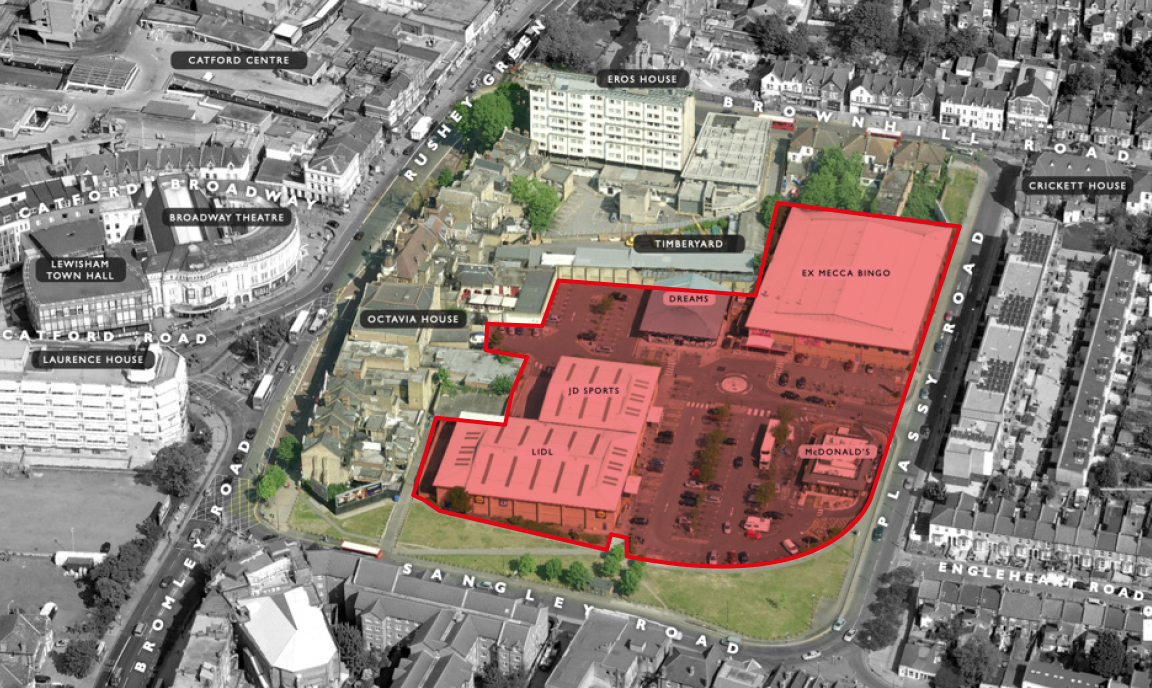 Barratt London has recently completed a second round of public engagement on its plans for Catford Island – the plot of land in the town centre where the South Circular divides into a one way system.

Barratt, in partnership with the Church Commissioners, wants to build five apartment blocks on the site, with heights ranging from eight to 20 storeys. Comments received reveal widespread concern about density and mass.

A visit to the project website, catfordisland.commonplace.is, gives the impression that the people of Catford are welcoming Barratt with open arms – “Over 80% of respondents welcomed the regeneration of the site” Barratt says.

The Catford Island site, also known as Plassy Island, could do with improvement; it is currently home to JD Sports, McDonalds, Lidl and a shut-down bingo hall. It is one of the six key sites identified in the Catford Town Centre Framework, adopted by Lewisham Council in June 2021.

However, the scale of Barratts proposals is the subject of much adverse comment posted on the project site.

A typical sample of the 200+ comments posted on the project site  read: