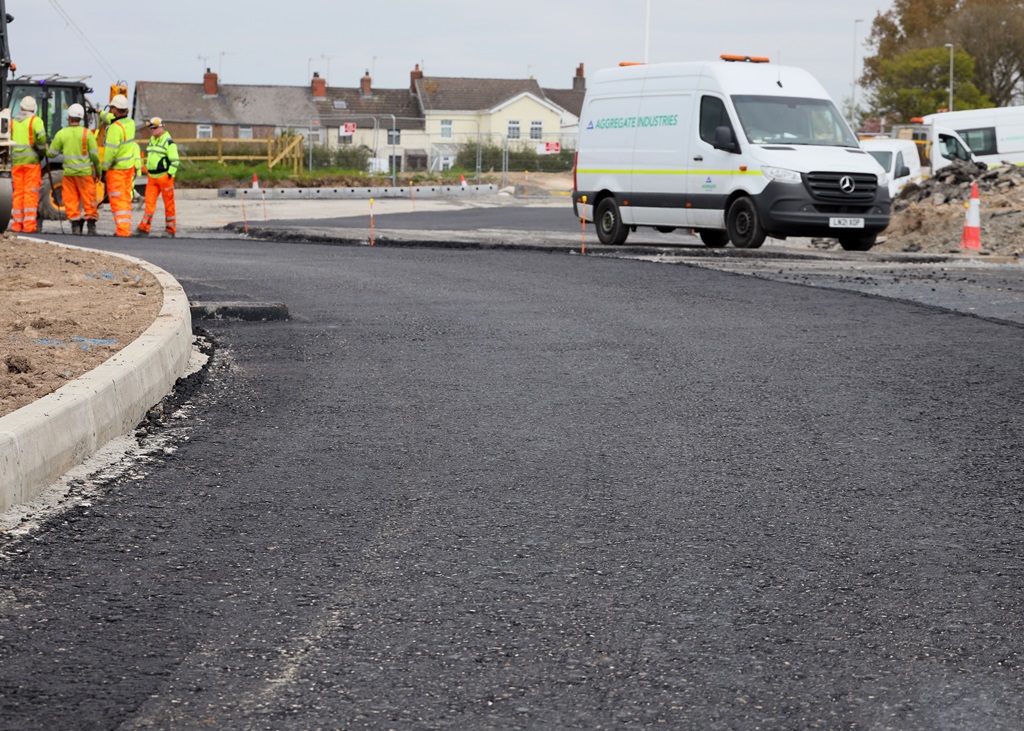 More than 1,170 tonnes of Aggregate Industries’ SuperLow-Carbon asphalt has been used so far in the base and binder elements of the A590 Cross-A-Moor scheme.

The £10m project includes the construction of a new roundabout, as well as link roads, to connect into the existing local road network in the Lake District. AE Yates is principal contractor.

SuperLow-Carbon asphalt was specified both for its carbon-saving characteristics as well as its speed of construction. It is the first time that this type of asphalt has been used in the UK.

SuperLow uses Shell’s Low Carbon Bitumen in a formula that uses alternative energy sources to lower its embodied carbon footprint. It includes a biogenic material that “effectively locks CO2 within the asphalt rather than releasing it back into the atmosphere”, according to Aggregate Industries.

As a warm-mix asphalt it requires less energy to produce than its hot-mix equivalent without compromising on performance, while also reducing fumes and odour.

It can also be re-opened to traffic sooner that with hot mix products, so there is a time saving there.

Aggregate Industries national technical manager Neil Leake said: “SuperLow really is the next generation of asphalt and sustainable paving products, and we can’t wait to see it contracted on many more projects in the future.”

National Highways project manager Stephen Mason said: “This project in Ulverston is in a stunning, green part of the country, and thus a low-carbon asphalt solution was obvious for the scheme. SuperLow-Carbon demonstrates great innovation, with a low-carbon binder successfully delivering a CO2 reduction in the base elements of the scheme.”