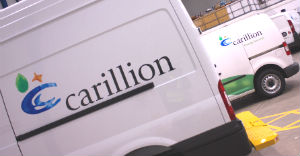 The inspections concerned the 2016 accounts of collapsed construction and facilities management services company Carillion and the 2014 books of software company Regenersis.

The FRC also fined four of KPMG’s former auditors and severely reprimanded another junior KPMG employee, for their part in misleading the FRC.

The FRC fined former KPMG partner Peter Meehan £250,000 and banned him from the Institute of Chartered Accountants in England and Wales (ICAEW) for 10 years.

Wright and Bennett were both banned from being members of the ICAEW for eight years each while Kitchen was banned for seven years.

Junior employee, Pratik Paw, who had not qualified as an accountant before he was told to forge documents by his superiors, was severely reprimanded.

“This case underlines the need for all professional accountants, regardless of seniority, to be aware of their individual responsibility to act honestly and with integrity in all areas of their work.