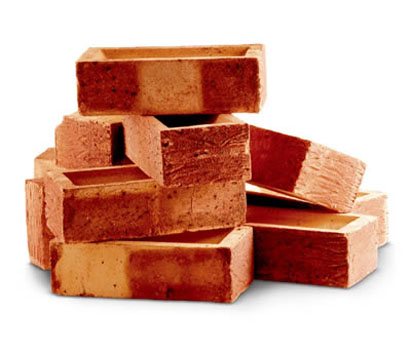 The following is a statement John Newcomb and Peter Caplehorn, chief executives of the Builders Merchants Federation and the Construction Products Association respectively, who co-chair of the Construction Leadership Council’s product availability working group.

A mild winter has helped to maintain higher than average levels of construction during the first two months of the year, with strong sales in all product categories.

There are good stocks and availability of most products but supply challenges continue to affect bricks, aircrete blocks, roof tiles, steel lintels, cable trays and trunking, manhole covers, gas boilers and some electrical products, particularly those using semi-conductors and microchips. If strong demand and consumer sentiment continues, these shortages and extended lead times are likely to persist to some degree at least into the spring.

Price inflation, largely caused by a shortage of raw materials, rising energy, freight, and labour costs, is of greater concern than availability. Price increases of 5-10% have been announced by many manufacturers so far this year, and energy-intensive products have increased by as much as 20%. Such inflation is proving a root cause of serious difficulties for contractors.

Other ongoing issues include labour shortages, which are impacting all corners of the industry and show few signs of abating. Road haulage, however, has improved slightly, as Government has worked with industry over the past months to lessen the shortage of HGV drivers. In another area, for products produced in China and South East Asia, transport delays continue and costs remain elevated, with shipping rates still eight to nine times higher than pre-Covid levels and air cargo rates seven times higher.

The worldwide condemnation and imposition of sanctions on Russia and Belarus in response to Russia’s military invasion of Ukraine will likely have enormous implications and an impact on global trade, particularly on commodities, for years to come. The effect of the war on the building material supply in the UK is still to be determined. The region including Russia, Ukraine and Belarus accounted for only 1.25% of building products imported into the UK last year. However, there are likely to be higher levels of direct and indirect exposure to some product components either through raw materials such as aluminium, copper, bitumen, and pig-iron and iron ore used in the manufacture of steel, or through higher prices in more-exposed European markets. In addition, sanctions against individuals with links to the regime in Russia and firms with Russian ownership may affect the UK supply chain.

Individual firms and other organisations are also taking steps that will have implications for the supply of building materials from Russia and Ukraine. For example, the European Federation of Building Material Distributors (UFEMAT) has called on members to place an embargo on importing all Russian building materials until the war in Ukraine comes to an end.

Other supply chain risks cited by analysts highlight that Russia supplies one fifth of the world’s nickel exports (used in the production of lithium-ion batteries, for example). Perhaps more directly relevant to construction, a key input used in the production of semi-conductors is neon, much of which currently comes from both Ukraine and Russia. Alternative sources may require long term investments prior to being able to supply the global market.

Chip manufacturers currently hold an excess of two to four weeks’ additional inventory, but any prolonged supply disruption caused by military action in Ukraine will severely impact the production of semiconductors and products dependent on them.

Russia is also a major supplier of crude oil and gas. While the UK imports just 4% of gas from Russia, UK prices follow the European market and have doubled since the start of the year. Should sanctions be applied to energy products, replacing gas from Russia globally will lead to even greater price volatility for energy intensive products.

The Construction Leadership Council will be liaising with government to identify areas impacted by sanctions and the knock-on effect to UK construction.