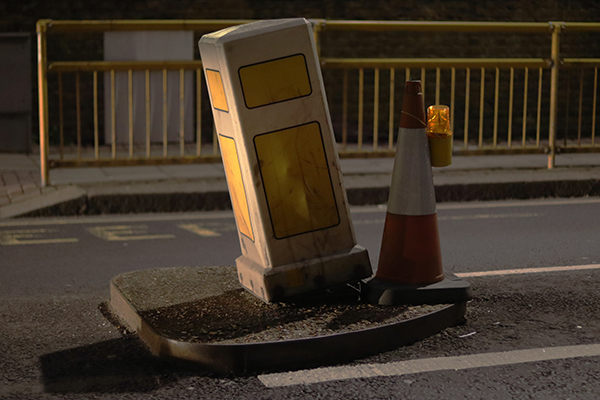 The purchasers’ survey suggests that UK construction output fell in July 2022 for the first time in 18 months. Civil engineering activity has plummeted and only the commercial sector saw any growth last month.

Despite a reduction in output, order intakes remain strong, fuelling jobs growth as construction companies sought to boost capacity. There has also been continued improvement in the general availability of materials, making supplier delays the least widespread since February 2020.

The headline seasonally adjusted S&P Global / CIPS UK Construction Purchasing Managers’ Index (PMI) – which measures month-on-month changes in total industry activity – posted 48.9 in July, down from 52.6 in June. This was the first time since January 2021 that the index has been below the key 50.0 mark, the threshold between growth and contraction. Although only marginal, the rate of decline was the fastest since May 2020.

Civil engineering was the worst-performing segment in July (index at 40.1), with business activity falling to the greatest extent since October 2020. House-building declined for the second month running, but the rate of contraction was only slight (index at 49.4). Commercial work bucked the downturn, scoring a modest 52.3 in July, indicating that growth here was the weakest for 18 months. Survey respondents commented on headwinds to client demand from rising inflation, fragile consumer confidence and higher interest rates.

July data indicated an overall rise in new orders for the 26th consecutive month. But July’s upturn in new business was notably weaker than seen on average in the first half of 2022. As a result, some construction companies cited a lack of new contracts to replace completed projects.

Employment numbers expanded at an accelerated pace in July and there were again many reports of difficulties filling vacancies and strong wage pressures.

Construction firms noted upward pressure on business expenses from higher energy, fuel and transport costs, but this was partly offset by some easing in commodity prices, especially for metals and timber.

Around 22% of the survey panel reported longer lead times from suppliers in July, while 7% signalled an improvement. Although still pointing to an overall downturn in vendor performance, the latest survey indicated that supplier delays were the least widespread since February 2020. Anecdotal evidence suggested that imported items remained the biggest area of concern, especially those from China and mainland Europe.

A gradual turnaround in supply conditions and hopes of softer price pressures ahead meant that construction firms tempered their stock building efforts in July. As a result, purchasing activity expanded at the weakest pace since January 2021. Where higher levels of input buying were reported, this mostly reflected new project starts and hopes of rising business activity in the months ahead.

Business optimism remained subdued across the construction sector in July, with growth expectations well below those seen in the opening months of 2022. That said, the degree of positive sentiment picked up slightly from June’s 23-month low. Around 42% of the survey panel anticipate a rise in output during the year ahead, while only 15% forecast a decline. Recession concerns, the cost of living crisis and lower levels of consumer confidence were the most commonly cited factors affecting business expectations in July.

Tim Moore, economics director at S&P Global Market Intelligence, which compiles the survey, said: “July data illustrated that cost of living pressures, higher interest rates and increasing recession risks for the UK economy are taking a toll on construction activity. Total industry output fell for the first time since the start of 2021 as civil engineering joined house building in contraction territory. Only the commercial segment registered growth in July, supported by strong pipelines of work from the reopening of hospitality, leisure and offices.

“More positively, input cost inflation has retreated from the peak seen this spring as lower commodity prices and supply improvements gradually filter through to buyers of construction products and materials. The latest round of purchase price inflation was the least marked for 16 months, despite sustained pressure from escalating energy costs and staff wages, while supplier delays were the least widespread since the pandemic began.

“Expectations for output growth in the next 12 months are far less exuberant than those seen over the past two years, amid concerns that elevated inflation and higher borrowing costs will constrain demand. Nonetheless, the degree of construction sector optimism picked up slightly since June, which ended a five-month period of falling confidence.”

Duncan Brock, director of the Chartered Institute of Procurement & Supply, said: “After several months of difficult conditions for builders, these challenges have now resulted in a contraction in construction with the biggest fall in activity since May 2020.

“This disappointing result was felt across all the sectors, including housing which had demonstrated more resilience over the last couple of years, but fell for the second month in a row in July. However, it was civil engineering that fell the hardest and furthest. With fewer new orders in the offing, it may be some time before we see a rebound in this sector bearing in mind the time lag of infrastructure projects.

“Builders optimism remained at the lowest levels seen for two years. Job creation was healthy to complete work in hand but the danger remains that should the UK economy turn unfavourable, this will affect job hiring and the development of key skills. A feather-like fall in prices may ease some of the pain as access to raw materials also improved, but prices at historically high levels will continue to hamper activity in 2023.”

Gareth Belsham, director of surveyors Naismiths, commented: “So far it’s a retreat rather than a rout, but it’s hard to sugarcoat these disappointing figures. Ebbing confidence and months of gradually slowing momentum have finally tipped the construction sector into contraction territory for the first time since the lockdown affected days of January 2021.

“The pain is spread unevenly across the industry though, with infrastructure firms seeing the biggest fall in output. Housebuilding contracted only slightly, and commercial building increased. The flow of new work is slowing too, with many firms reporting that levels of new orders are significantly down on what they saw earlier this year.

“That said, today’s report isn’t devoid of good news. The formerly runaway inflation in building material costs has slowed as prices ease for some key commodities such as metals and timber, and building firms continue to hire more staff. Looking ahead, rising interest rates will make some developers reassess their plans and will eventually cool demand from house buyers too.

“These concerns have combined to make builders much more downbeat about the future than they were at the start of 2022, even if sentiment improved slightly in July after hitting a 23-month low in June. No-one is breaking out the ‘end is nigh’ sandwich boards yet, but the growth days are over for now – and the industry is digging in for a tough second half of the year.”

Toby Banfield, financial restructuring partner at accountancy firm PwC, said: “July’s results continue to follow the downward trajectory of the index over the first half of the year. Smaller, privately owned contractors typically increased their financial leverage during the pandemic. However, with cash now very tight due to a period of rising interest rates, high material prices and increasing labour inflation, these businesses are feeling the impact of the current economic environment.

“We are finding that our clients across the supply chain are most worried about how smaller, privately owned contractors are going to be able to manage through the current trading environment. Due to these circumstances, we are seeing suppliers reducing credit terms offered to contractors, which may be reflected in the lower levels of stock building reported in the July figures.”

Max Jones, director in Lloyds Bank’s infrastructure and construction team, said: “While the data show a stronger-than-anticipated dip in output, there is still resilience and a sense of positivity among many contractors within the industry.

“Larger firms hold strong balance sheets that are helping them to navigate rising interest rates and inflation, and while this is less so for smaller businesses, they are in a relatively healthy position, and can leverage capital management and cashflow tools to bolster that further when needed.

“A strong pipeline of public sector work means contractors can still plan with some confidence. However, they will also be conscious that under a new Prime Minister, government spending priorities could change with regards to infrastructure projects such as roads, hospitals, and schools. Whatever that decision is, clarity at the earliest opportunity will be what the sector wants; doubt helps nobody.

“Rising material and labour costs, and liabilities for historical cladding projects, are major worries for contractors, yet insolvencies across the sector have remained low, which indicates a resilient sector and one that is performing relatively well.”

Mark Robinson, chief executive of public sector procurement agency Scape, said: “July represents peak season for the construction sector, so a decline in industry activity undoubtedly serves as cause for concern. Looking ahead, it’s clear that the task of filling order books is becoming more challenging, with input costs continuing to increase and developers reviewing their plans if not putting them on hold.

“Many contractors will be looking to the outcome of the Tory leadership race for a steer on future economic conditions – particularly in terms of public spending as community-focused investment continues to prove a catalyst for local growth. In the meantime, contractors will need to work diligently with clients to ensure projects continue to progress on time and to budget.”