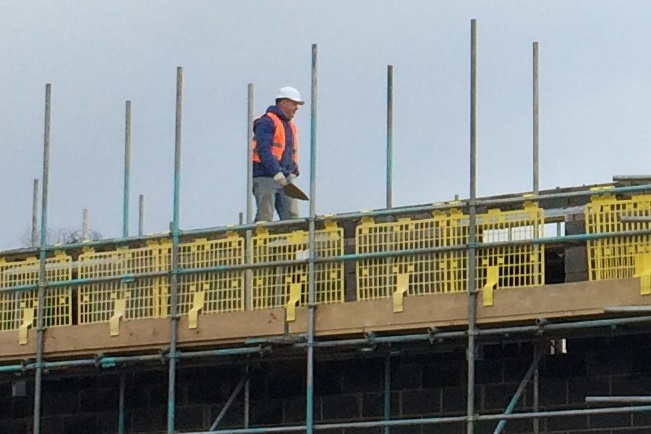 The first sign of unrest was construction workers protesting outside a meeting of the Construction Industry Joint Council (CIJC) in London yesterday.

The GMB union said that construction workers were protesting a ‘derisory’ pay offer made by the CIJC.

CIJC is the largest agreement in the construction sector and governs the pay and conditions of around 500,000 workers (principally those in civil engineering and the biblical trades).

The union is hoping for a settlement much closer to current inflation rates than employers want to pay.

A claim was submitted by the joint trade unions in February, calling for a 10% increase as well as radical improvements to sick pay and other benefits to bring them in line with other construction agreements.   The CIJC has so far failed to make an offer that comes anywhere near GMB members pay aspirations.

The Office for National Statistics yesterday reported that the consumer prices index (CPI) rose by 9.0% in the 12 months to April 2022, up from 7.0% in March. “This is the highest CPI 12-month inflation rate in the National Statistics series, which began in January 1997. It is also the highest recorded rate in the constructed historical series, which began in January 1989,” ONS said.

GMB national officer Charlotte Childs said: “The construction industry is facing an unprecedented skills shortage. Without meaningful improvements to the CIJC agreement, which sets out the minimum rates for all grades covered by the agreement, the shortage will likely worsen.

“The CIJC needs to show leadership in setting the appropriate rates for this highly skilled and highly motivated workforce – not this derisory offer.

“Our members are here today, ahead of pay negotiations to demonstrate the strength of feeling amongst the workforce.”

Latest data from Hudson Contract, the industry’s largest payroll for self-employed subcontractors, show average weekly earnings of £893 in April 2022, up 1.7% on a year before – way below the 9% increase needed to maintain the value of pay packets.