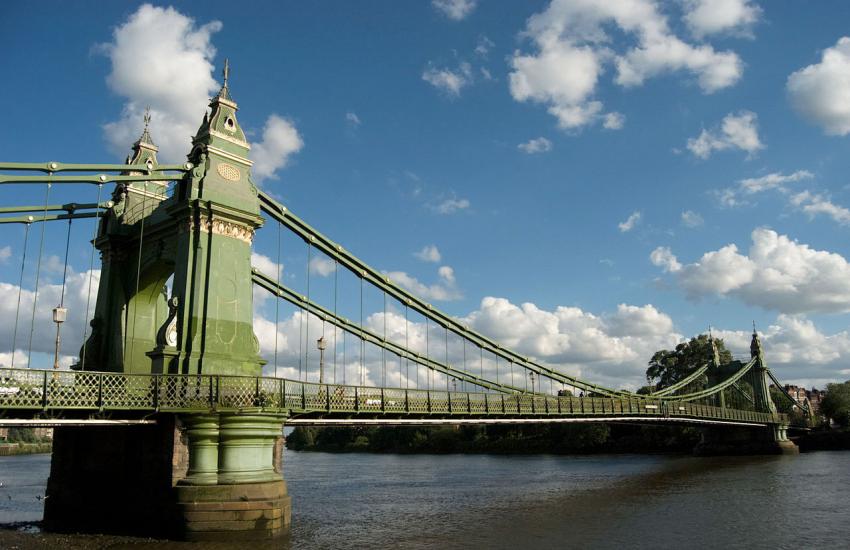 Vehicles have been banned from using the 135-year-old Grade II* listed bridge since April 2019, when cracks were found in the pedestals to which the suspension chains are fixed at each end of the bridge.

In  August 2020 it was also closed to pedestrians, cyclists and river traffic after a rapid and sudden increase was detected in micro-fractures in the cast iron pedestals that hold the suspension system in place. It was partially reopened for pedestrians and cyclists a year later.

As part of the stabilisation works, H&F Council’s specialist contractors – FM Conway and subcontractors, Freyssinet and Taziker Industrial – will remove  all the casings of the four corner cast-iron pedestals. They will then fill the pedestals with concrete, install steel frames around them and jack up elements of the structure to replace the bearings.

The casing removals and jacking operations will be undertaken using cranes that will be positioned on the carriageway at both entrances to the bridge.

The council has approved the £8.9m  investment in full, rather than wait for the Department for Transport (DfT) and TfL to pay their share. It is anticipated that DfT and TfL will subsequently reimburse the council with their one-third shares as announced by the government last year.