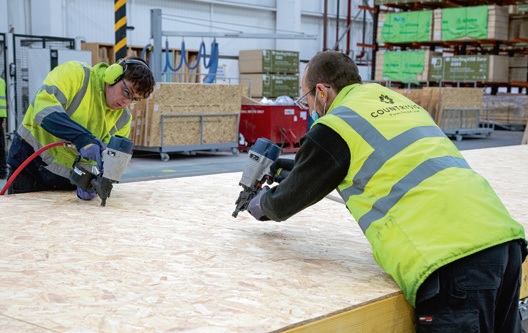 Countryside announced in April that it was losing £10m a year from its three timber frame manufacturing facilities and it had more manufacturing capacity than it needed. The board said then that it was “considering all options and will act quickly to minimise losses arising from manufacturing”.

The decision has now been made that it will be Bardon that closes, a new 350,000 square foot facility that had not even been brought into production yet.

Bardon is Countryside’s largest and most sophisticated facility capable of delivering 3,200 closed panel modular homes per year. It more than double the previous 2,800 units capacity of Warrington and Narborough combined.

Countryside has been without a chief executive since Iain McPherson was pushed out in January. It is also subject to a takeover battle with certain shareholders wanting to seize control and de-list it from the London stock exchange.