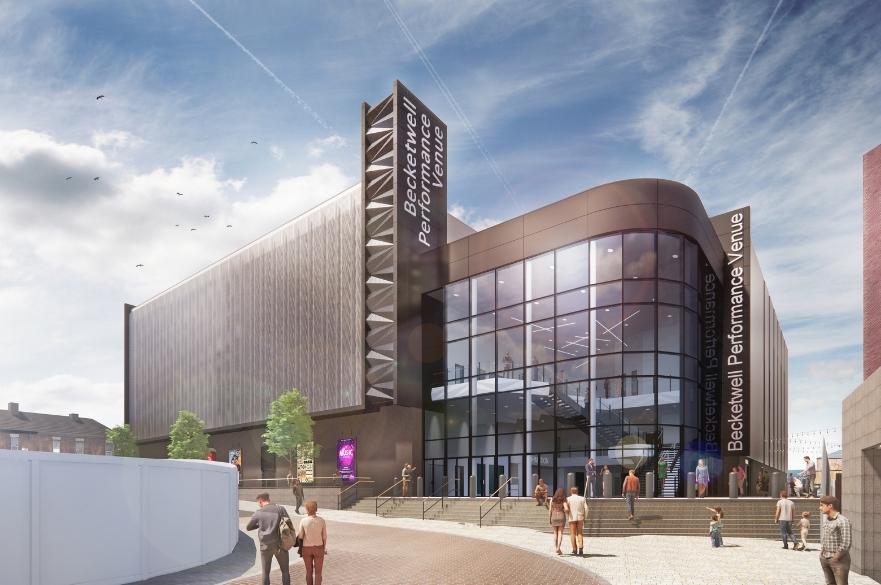 ASM Global has entered into an unconditional agreement for lease with Derby City Council and St James Securities, giving the green light for construction work to start.

ASM Global will work with the developer and the council on the design development.

The proposed 3,500 capacity Becketwell Performance Venue (as it has been provisionally named) forms phase two of Derby’s £200m Becketwell regeneration scheme. GMI Construction is building phase one of the scheme, 259 build to rent apartments on the site of the former Debenhams store on Victoria Street. These are funded by Grainger, which will acquire and operate them.

The new performance venue will be built on the site of the former Pennine Hotel, Laurie House offices, multi-storey car park and Pink Coconut nightclub in Colyear Street and Padley House in Becket Street. It will be owned by Derby City Council (which is bidding for City of Culture 2025) and leased to ASM Global, which also runs the OVO Arena Wembley, AO Arena Manchester, Utilita Arena Newcastle, First Direct Arena Leeds, Olympia London and OVO Hydro Glasgow.

Planning consent for the arena was granted by the city council in October 2021. Demolition work has recently started, with construction work on the performance venue set to begin in January 2023, with completion and handover to ASM Global in late 2024.

“This is an exciting milestone in delivering The Becketwell Performance Venue. This new and flexible space is a key part of putting culture back into the heart of Derby.

“We are delighted to be moving on the next steps of this journey working together with long term partners ASM Global and St James Securities.”

“This ambitious venue run by a world-leading operator will create hundreds of jobs, attract investment and generate millions of pounds each year for the city along with attracting new visitors and residents to Derby City Centre.”

“We’re delighted to have closed this exciting deal with Derby City Council and St James Securities to bring to market such an ambitious state of the art venue.

“ASM Global looks forward to building on the great success of our UK venue portfolio and leveraging our strength in venue programming and commercialisation, to further develop the cultural landscape in the Midlands and support the ongoing growth of the region’s economy.”

“This deal marks the start of an ambitious and transformational development, and ASM Global is incredibly pleased to be a part of the journey. We’re excited to join forces with Derby City Council and St James Securities for this significant regeneration, and new cultural hub in the centre of Derby.”

“We are pleased to have concluded our agreement with Derby City Council and ASM Global, who have a global reputation for excellence.

“We look forward to moving this exciting project to the construction phase and deliver this scheme to the people of Derby and the wider region.

“Closing the performance venue deal and starting on site this month continues the success story at Becketwell with over £85m of development now underway. We will continue to build on these successes as we look to bring forward further mixed-use phases in the coming months.”

Future planned phases of the scheme include the potential for a range of other complementary uses of the site including new grade A offices and commercial space, a hotel and a multi-storey car park and purpose-built student residential.