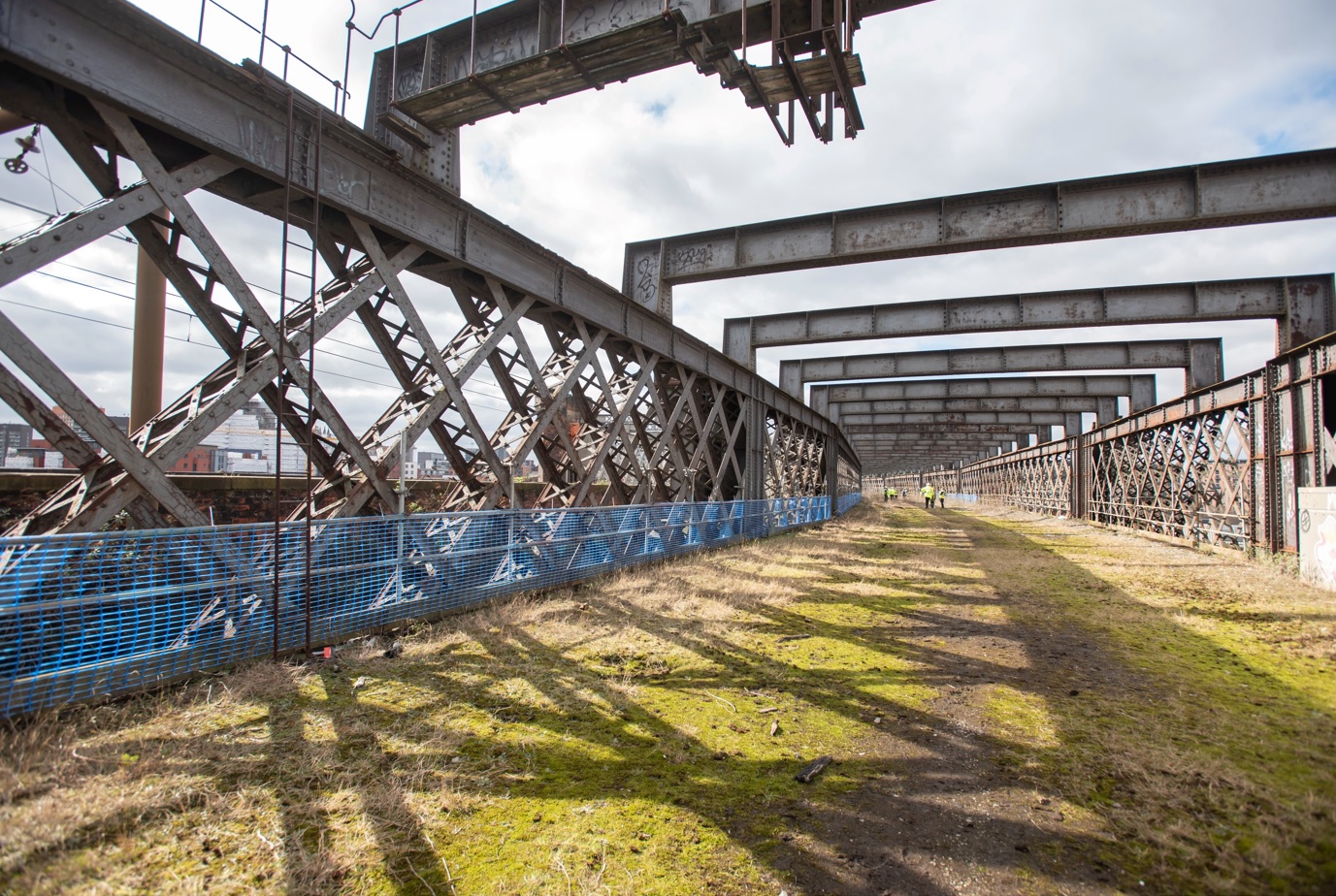 The National Trust plans to turn the 330-metre long steel viaduct, which stands 17 metres above the Castlefield canal basin and has Grade II listed status, into a public park that celebrates the area’s industrial heritage.

It is scheduled to open in July but will only stay open for 12 months.

Salford-based MC Construction has been appointed main contractor for the £1.8m project.

The viaduct was built in 1892 by Heenan & Froude, the engineers who worked on Blackpool Tower, to carry trains in and out of the Great Northern Warehouse in Manchester.

The viaduct has remained unused since the station’s closure in 1969. National Highways, which has come in for criticism of its management of the Historic Railways Estate, has had responsibility for essential repairs and maintenance to keep it safe.

The pilot phase of the park in the sky project will see a green space created to stretch halfway across the elevation of the viaduct.  Trees, flowers and shrubs will be planted to attract wildlife.

Visitors will have the opportunity to explore part of the structure and find out more about the viaduct’s heritage.  A section of the viaduct will be left untouched to provide a sense of how nature has reclaimed the space since the site was closed. It will also have several new features, including installations, a community space for events, and other native planting.

The National Trust hopes to gauge visitors’ opinions to help determine the longer term future of the structure.

Hilary McGrady, director-general of the National Trust, said: “This is a hugely significant moment in our plans for creating a unique green space to benefit the surrounding community and to bring more nature to people’s doorsteps. The project is also a fantastic way to celebrate our industrial heritage, bringing it to life for the 21st century.

“The pandemic showed us the importance of our local parks and gardens, but it also highlighted significant inequalities in access to green space in urban areas like Manchester.

“By working with others, we aim to increase access to parks and green spaces in, around and near urban areas, so eventually everyone is in easy reach of quiet places for reflection with wide open skies.

“We hope that ‘greening’ the viaduct will become a stepping-stone to other Manchester green spaces and nearby attractions, adding to the city’s vibrant, cultural offer.”

Entry to the viaducts will be free but booking will be required to managed numbers.