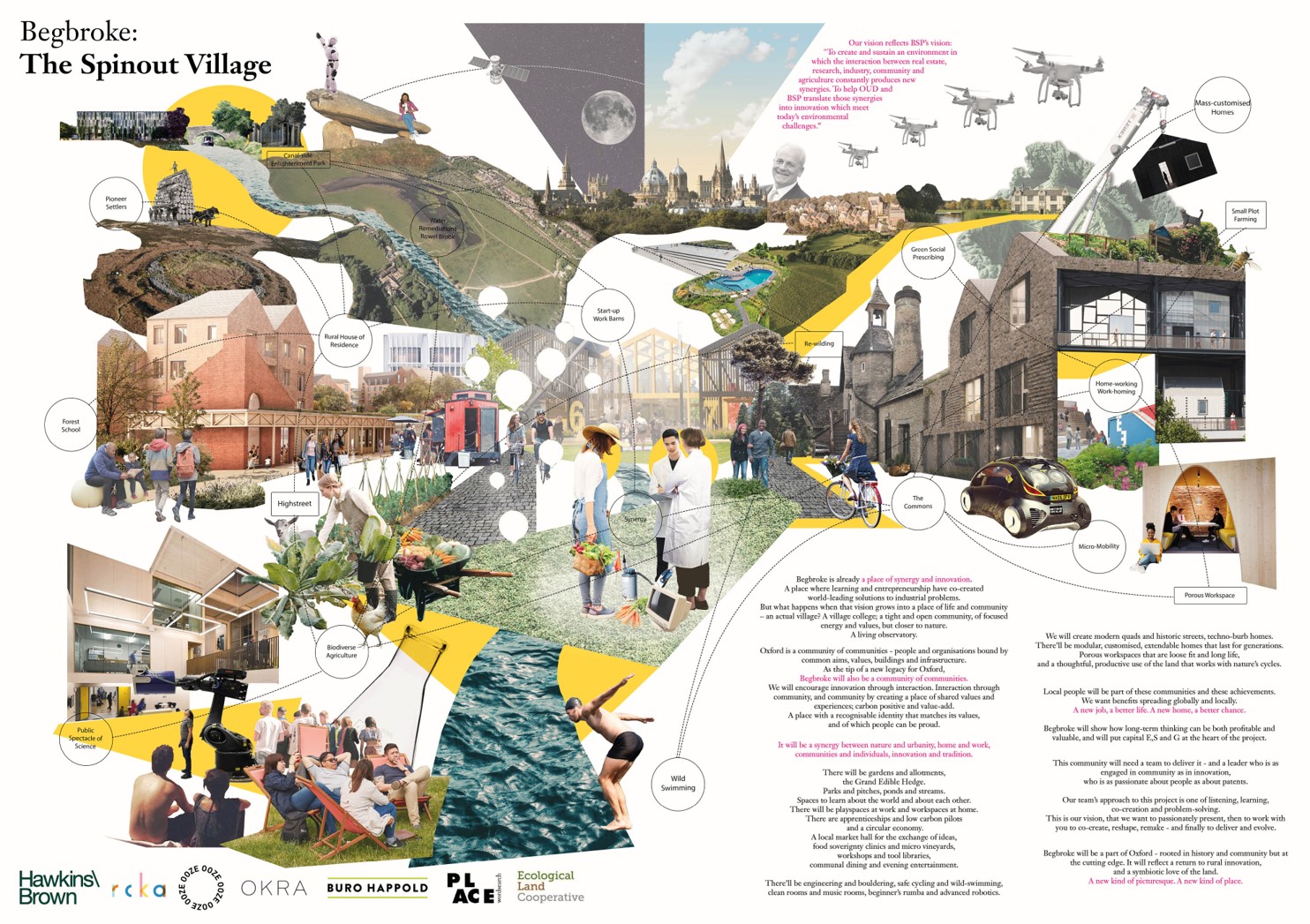 Winner of Begbroke design competition is a team led by HawkinsBrown with Okra (Netherlands), BuroHappold and C:Lab, RCKa, Ooze (Netherlands) and MurrayTwohig.

The competition was launched last autumn by Oxford University Development (OUD), part of the university’s £4bn joint venture with Legal & General (L&G).  Other shortlisted teams were led by Grimshaw and Allies & Morrison, among others.

The winning design team will now work with OUD, the university, L&G and other stakeholders including Cherwell District Council and Oxfordshire County Council to produce a masterplan to guide the site’s development.

The university hopes to build to create a 190-hectare mixed-use neighbourhood around Begbroke Science Park. The £1bn development will include a range of research & development space, 2,000 new homes and community facilities such as schools, shops and leisure facilities.

OUD already has planning permission for the construction of two new buildings at Begbroke Science Park, add around a further 12,500 sqm of new laboratory and office space to the site, almost doubling its total internal area.