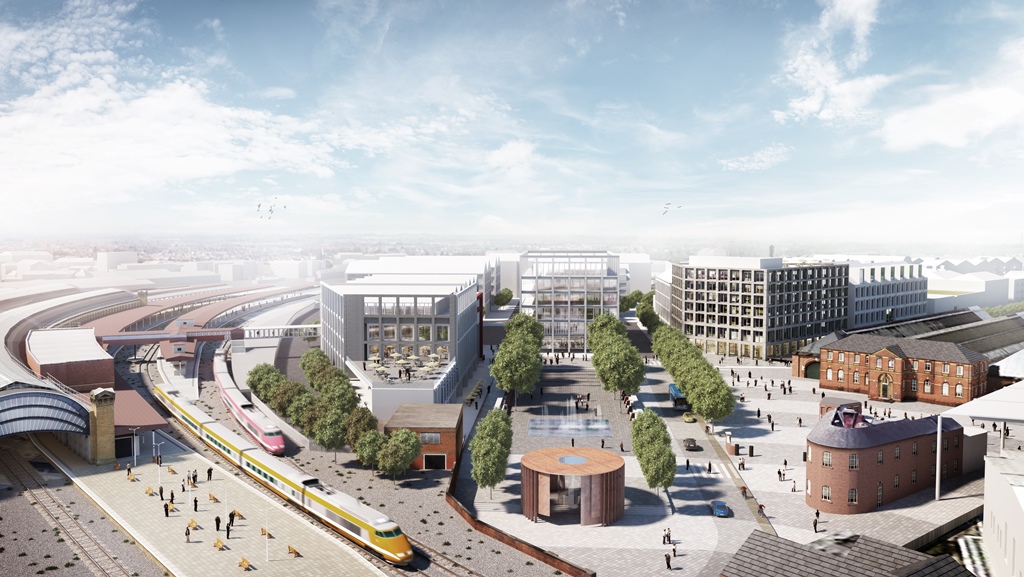 JLL has been appointed to procure a strategic development partner to bring forward the 45-hectare scheme.

Plans show the construction of 2,500 new homes and more than 800,000 sq ft of commercial space next to York railway station. The development is expected to grow the city’s economy by 20%.

The first phase of the project is expected to deliver up to 650,000 sq ft of commercial space and 700 residential units.

Henry Burton, director of development at JLL, said: “York Central is one of a select number of projects across the UK which can be deemed to be truly transformational regeneration at scale.”

Homes England chair Peter Freeman said, “Urban regeneration schemes like York Central have a huge part to play in delivering the government’s Levelling Up agenda by replacing underused brownfield sites with an inviting range of mixed-use buildings and well landscaped public open space. Partnerships between the public and private sector will be crucial to success. We want to hear from developers that share our ambitions to create thriving new quarters and are interested in playing a key role in the delivery of York Central. York Central is at an advanced stage with planning and land assembly in place and the major infrastructure contract placed.”

An outline application for the mixed-use development was granted in 2019 and a reserved matters application was subsequently approved in 2020 for the first phase of infrastructure.