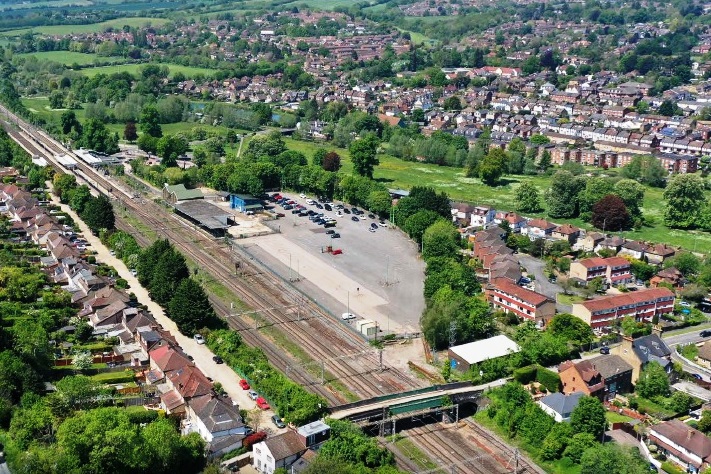 The plan for Hemel Hempstead station is to build a multi-storey car park to free up the existing surface level car park for development.

The site, which covers approximately 7.4 acres, also includes neighbouring land that is in commercial use, including a former car showroom site, industrial buildings and small retail units serving the station.

The development potential of the site has been studied by architect Farrells, which has worked through a design process including technical, transport, planning and community

consultations. The indicative masterplan shows 454 residential apartments in a series of low-rise apartment blocks and approximately 40,000 sq ft of commercial floor space, as well as a new multi-storey car  park.

The estimated total value has been set at £170m, based on an assumption of the gross development value of the Farrells masterplan plus the cost of building the multi-storey car park, access road and enabling works.

The duration of the contract has been estimated at 120 months.

Hemel Hempstead is 24 miles to the north west of central London – prime commuter belt. The station and its surroundings are identified as a key development site in the Two Waters Masterplan Guidance, which was adopted as a planning statement by Dacorum Borough Council in April 2018.

Further information on the procurement process and timeline is available at delta-esourcing.com