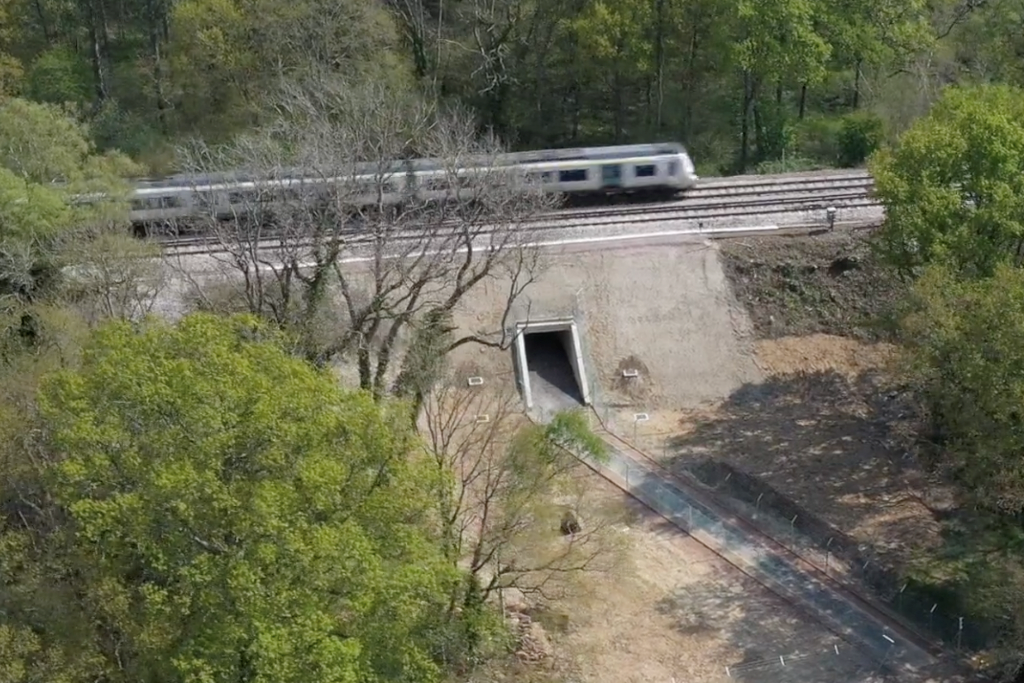 Civil engineering contractor Dyer & Butler completed most of the work during a nine-day closure of the Brighton Main Line in February 2022, during which Network Rail carried out upgrades at 30 sites as part of £15m investment.

The team battled through Storms Eunice and Franklin to complete the work on time.

The new structure replaces the old Woodside level crossing which closed in summer 2021 due to safety concerns. It was funded by local housing developer Taylor Wimpey and Rydon Homes

To build the subway 22,000 tonnes of earth were removed from the railway embankment, before pre-cast concrete sections were slid into place to form the underpass structure. The embankment was then reinstated and the railway put back over it.

West Sussex county councillor Kirsty Lord said: “In recent years, the proposed new housing and school in this part of Hassocks increased the concerns of local residents and councillors about the safety and accessibility of Woodside crossing. I am relieved that our concerns were heard and would like to thank Network Rail for delivering this tunnel and for their efforts to minimise disruption to local residents.”

Mid-Sussex district councillor Sue Hatton added: “We have been extremely concerned about safety on the old crossing for some time. This concern grew as the proximity of new housing to the railway line increased. I am personally very grateful that Taylor Wimpey and Rydon got together with Network Rail to enable this superb tunnel to be provided. A feat of engineering as they say, and in a timely way under difficult and restricting circumstances.”