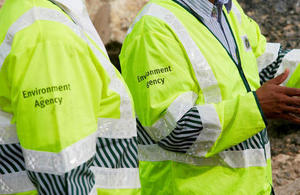 The Environment Agency’s annual report on the environmental performance of England’s nine water and sewerage companies, out today, shows them going backwards.

Measured against a four star rating system (4=good, 1=bad), most of the companies’ performance declined.

Southern Water and South West Water were given just a 1 star rating, while four companies were rated only 2 stars, meaning they require significant improvement.

On the back of this, the Environment Agency is calling for courts to impose much higher fines for serious and deliberate pollution incidents, and even send a few water company bosses to jail.

Agency chair Emma Howard Boyd said: “We are increasing inspections of sewage treatment works; insisting that the companies put monitors on all their storm overflows, both on the network and at sewage treatment works and make the data public; and we have also begun the country’s largest ever investigation into environmental crime, involving all the companies, where we are looking at whether they have knowingly and deliberately broken the law in relation to the treatment and discharge of sewage.

“But this is not enough. The water companies will only stop behaving like this if they are forced to. The amount a company can be fined for environmental crimes is unlimited, but fines currently handed down by the courts often amount to less than a Chief Executive’s salary. We need courts to impose much higher fines for serious and deliberate pollution incidents. The threat of significant impending financial penalties has an impact. Investors should no longer see England’s water monopolies as a one-way bet.

“Repeat offenders can now expect criminal prosecutions for less serious environmental incidents where once the Environment Agency would have used civil powers. We would like to see prison sentences for chief executives and board members whose companies are responsible for the most serious incidents. We would also like to see company directors being struck off so they cannot simply delete illegal environmental damage from their CV and move on to their next role.”

A spokesperson for the Department for Environment, Food & Rural Affairs (Defra) said: “This report shows that water companies are ignoring their legal responsibilities. Water company chiefs cannot continue to make huge profits whilst polluting our waters. We will not tolerate this behaviour and we will take robust action if we don’t see urgent improvements.”