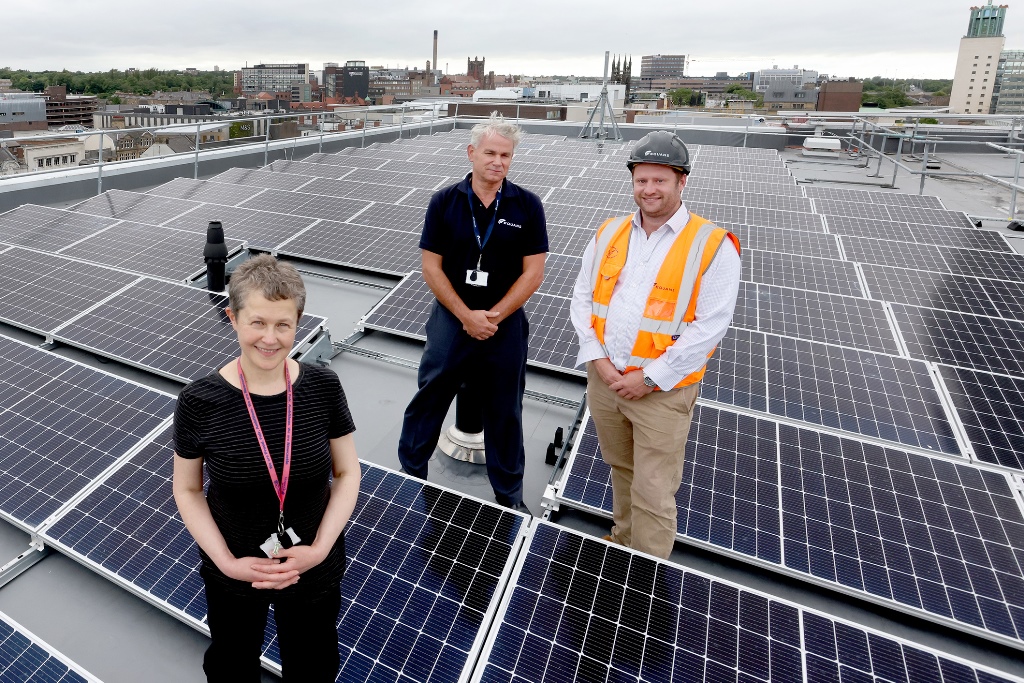 The city’s contractor for the works, Equans, is putting in low carbon heating and other energy efficiency measures such as solar panels, LED lighting and improved insulation.

Work is now being carried out at Blandford House, home to the Discovery Museum, Newcastle City Library, the Civic Centre and East End Pool, while a further six schools will also benefit from upgrades.

All the projects are expected to be completed this year.

City councillor Jane Byrne said: “Buildings are one of the biggest sources for carbon emissions so taking action to retrofit these sites is an important step towards creating a more sustainable future for our residents.

“When all the work is complete, these projects will remove over 4,000 tonnes of carbon dioxide emissions each year – the equivalent to taking over 2,800 cars off the road – while saving hundreds of thousands of pounds in running costs for the buildings per year.

“It is fantastic to see the scheme is progressing well as these improvements will really help towards achieving our ongoing target to become net zero by 2030.”