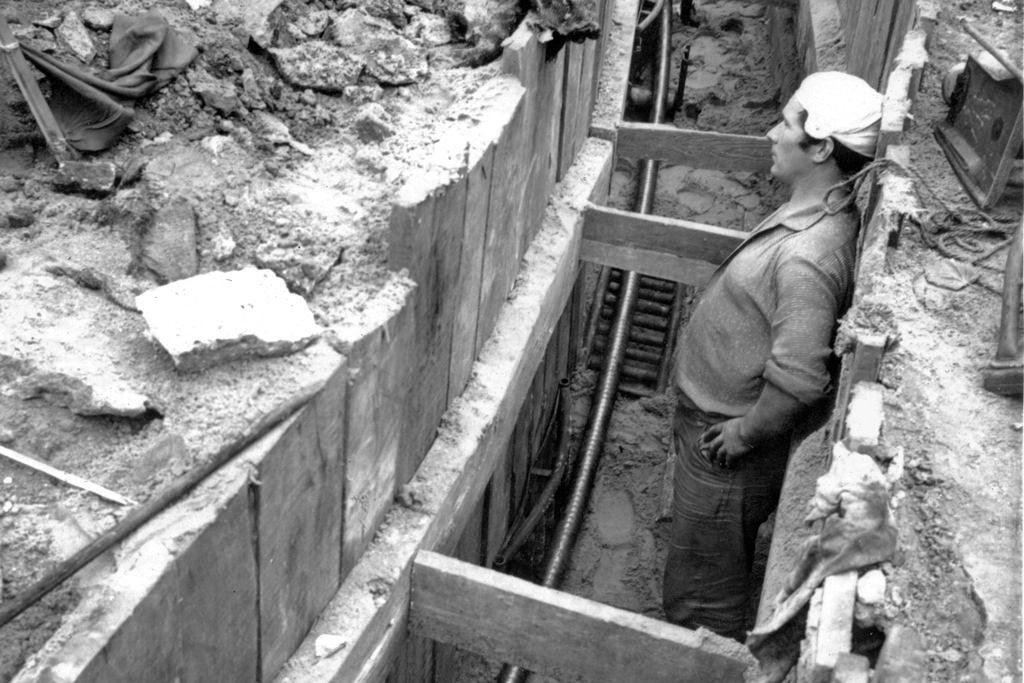 Called The Men Who Built Britain, the archive will be hosted by the London Irish Centre, with support from O’Donovan Waste, a London company set up by one of those many Irish expatriates.

The archive will include an array of documents and recordings of the many Irish emigrants who became known as the generation that built Britain. It will be digitised from records and interviews already gathered by Irish historian Ultan Cowley for a book who wrote more than 20 years ago, chronicling the tales of those who crossed the Irish Sea to work in UK construction.

Irish construction workers at the time were widely labelled as ‘navvies’, the pejorative term used for the manual labourers who dug the canal network (the navigators) in the 18th and 19th centuries.

“When, 30 years ago, I began my research into the history of the Irish in British construction, the word navvy carried quite negative connotations in the public’s imagination – on both sides of the Irish Sea,” said Ultan Cowley. “I believe this unjustly impacted both the men themselves, and their families, and it has long been my ambition to endeavour to reverse this situation. Since the publication of The Men Who Built Britain, in 2001, that process has gained pace.”

Funding from O’Donovan Waste has enabled the London Irish Centre to acquire Cowley’s own papers, recordings and photographs and digitise them.

“As the [sic] historian of Irish male migrant labour in 20th century British construction I have followed the impressive career of O’Donovan Waste MD Jacqueline O’Donovan with interest and admiration,” Cowley said. “She has been an exemplar of those qualities of toughness, tenacity, and common sense which distinguish the Irish-Descent in the industry and, to an even greater degree, their forebears. They truly stand on the shoulders of giants.  Now, with the acquisition of my archive by the London Irish Centre, we can look forward to celebrating the fact that the term Irish navvy has become, beyond question, a badge of honour. I am very grateful for the support which O’Donovan Waste has provided in enabling this historic step.”

Jacqueline O’Donovan said: “As a London Irish company, this project is very close to our hearts.  We are extremely proud of our Irish roots and are thrilled to be involved, especially as our own parents made the same trip across from West Cork in the 1950s.  We feel it is so important and our duty to preserve the memory and legacy of those Irish men and women who sacrificed so much for the generations that have come after them.  To be able to help fund the project to document and protect their stories for future generations is a privilege and we can’t wait to see the finished result later in the year.”

Gary Dunne, director of culture at the London Irish Centre, said: “Sharing stories of the experiences and contribution of Irish people to London is central to the London Irish Centre’s work, and there are few stories more important than those of the mid-20th emigrants who re-built post-war Britain. They are the generation for and by which our Centre was founded, so we are delighted to acquire Ultan Cowley’s archive of their stories. It is fitting that the O’Donovan family are generously supporting this project, given their family’s role in the same sector and era. A true Irish community effort to secure these memories in the exciting future development of the London Irish Centre.”