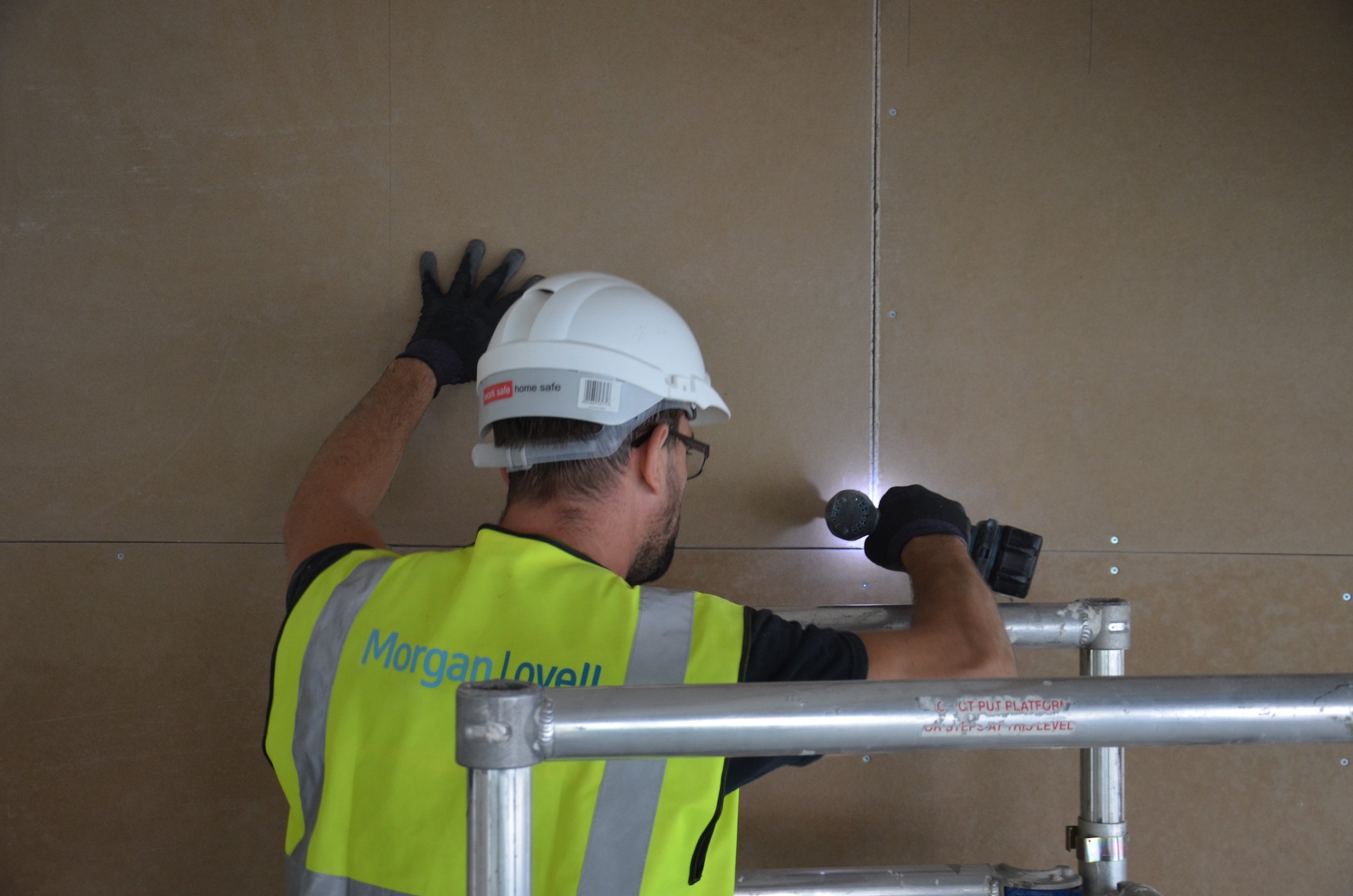 Adaptavate has received a £2.16m injection to scale production of Breathaboard, described as “carbon absorbing plasterboard”.

Breathaboard is made from lime and food crop by-products including oil seed rape and hemp, sandwiched between two layers of recycled paper. It is used and installed in exactly the same way as standard wallboard.

It was developed by Tom Robinson, managing director and founder of Adaptavate, while a student at the Centre for Alternative Technologies (CAT) in Wales in 2014. Breathaboard was developed and originally tested as his MSc thesis.

Prior to studying at CAT, Tom Robinson had spent a lot of his time travelling, climbing and surfing around the world. He worked as a builder between trips to finance them and eventually started his own business in the heritage building sector carrying out restoration work.

The new funding will allow Adaptavate to build a pilot production line, enhanced research & development laboratory facilities and to complete testing and licencing. Breathaboard is expected to be available in small batches by the end of the year.

Adaptavate’s already available Breathaplasta product will continue to be marketed through distribution partners.

The investment round was led by Low Carbon Innovation Fund 2 (LCIF2) and Counteract, a sustainable development investment consultancy. Several climate focused funds including Perivoli Innovations and One Planet Capital also participated, alongside investors described as “well-known figureheads from the construction industry”. Adaptavate has also secured a grant from Innovate UK in excess of £800,000.

Tom Robinson said “This investment will enable us to revolutionise the way construction materials are made without forcing any change on end users. We’re using industrial carbon absorbing processes to produce a healthier, high performance product that is better for the health of people and planet and a genuine drop-in replacement for gypsum plasterboard. It’s a fundamental re-think and re-design of the current system and we are excited to scale this approach around the world”.

Ian Thomas, managing director at Turquoise, fund manager of LCIF2 said: “The construction industry is in urgent need of sustainable, low carbon solutions and Adaptavate’s technology has the potential to make a very positive impact in this area.”

Andrew Shebbeare, managing partner at Counteract, said: “The built environment  opens up carbon sequestration pathways with the rare potential for significant value creation combined with the scale to move the carbon needle globally. The key is finding solutions that are easy and cost-effective to implement and can scale rapidly.”