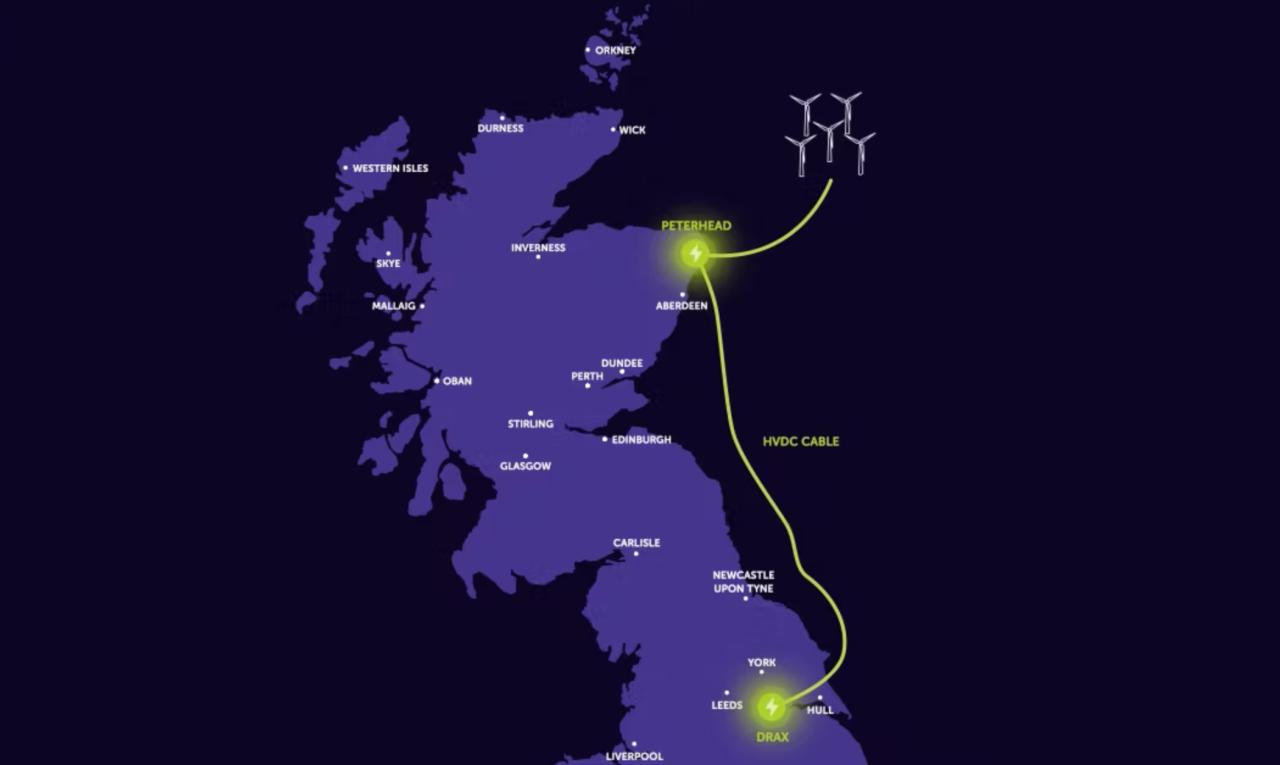 SSEN Transmission welcomed the approval for the High Voltage Direct Current (HVDC) subsea link, which will have a capacity of 2GW – enough to power over two million homes. The project has a total estimated investment of around £2.1bn.

SSEN said that the ‘subsea superhighway of electricity transmission’ will alleviate existing and future constraints on the electricity transmission network, supporting the growth of new renewable electricity generation and delivering a pathway to net zero emissions. By enabling the connection of indigenous, low carbon electricity generation, the link will also play a critical role in supporting the UK’s future security of supply, reducing dependence and price exposure to volatile global wholesale gas markets, it added.

Work to progress the initial 2GW link, from Peterhead in the north east of Scotland to Drax in Yorkshire in England, will be taken forward as a joint venture between SSEN Transmission and National Grid Electricity Transmission (NGET).  Early enabling works are expected to begin in summer 2024, with main construction works due to begin in early 2025. The target date for the link coming into use is 2029.

SSEN Transmission said that the major investment will support hundreds of green jobs throughout construction and operation and many thousands more throughout the supply chain and wider economy.

“With Ofgem providing much needed certainty of delivery, we can now engage with confidence with the supply chain to secure the specialist HVDC infrastructure and project delivery partners through an open and competitive procurement process.

“We now look forward to working with Ofgem, government and wider stakeholders to accelerate the necessary investments in strategic grid reinforcements required to support our future energy needs.”

Ofgem has also provisionally approved plans for a separate 2GW HVDC subsea link from Torness in south east Scotland to Hawthorn Pit in north east England, which is being taken forward by SP Energy Networks and NGET, with a targeted energisation date of 2027.  Two additional 2GW subsea HVDC links, from Peterhead to South Humber and from south east Scotland to South Humber, are also planned, with both currently having a targeted commissioning date of 2031.

SSEN said that, collectively, these additional reinforcements are key to unlocking the first phase of ScotWind and wider renewable energy developments planned across the country.