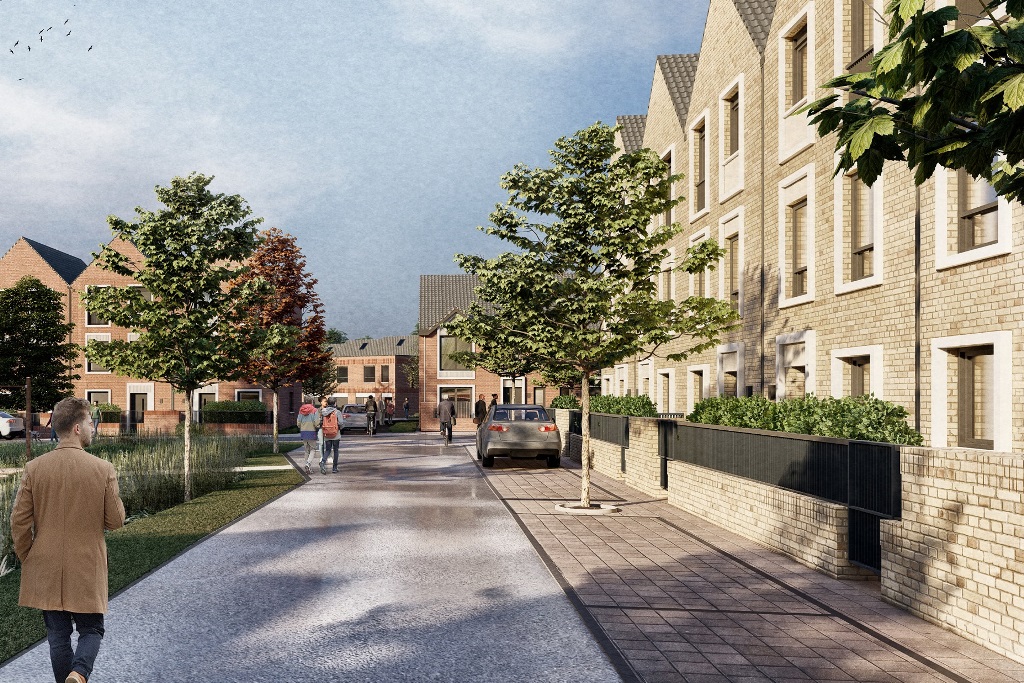 Vistry Partnerships will deliver the project which, in addition to the new housing, will provide open spaces, footpaths and cycle lanes for access to the city centre.

The plans include the recreation of Saint George’s Square – bomb damaged during the Second World War and lost to redevelopment in the 1960s – with the Grade II listed Saint George’s House as the focal point. The architecture and streetscape has been designed to be sensitive to location next to Mowbray Park and the Ashbrooke Conservation Area.

The completed homes will be sold under Vistry’s Linden Homes brand and will range from one to four bedroomed homes.

A demolition programme, described as complex, is still required to clear the site ready for the new development.

Sunderland City Council executive director of city development Peter McIntyre said: “Having made the move to our new City Hall only a matter of weeks ago, I am delighted to see plans for the former civic centre site given the green light. Housing on the outskirts of the city centre will deliver a significant boost to traders in the heart of the city, as people living on the doorstep head in to spend their time and money in shops, bars and restaurants.”

The council announced plans to relocate from its current base to Riverside Sunderland in 2019 and contractor Bowmer & Kirkland started work on the new Sunderland City Hall later that year on the site of the old Vaux brewery.

Vistry Partnerships is currently active on 12 construction sites around the northeast, with a gross development value of just under £350m. It has four further projects in the planning process.