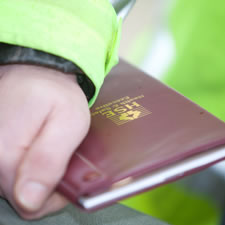 In the year to the end of March 2014, the HSE undertook 11,303 proactive (unannounced) construction inspections; in the year to March 2022 just 7,793 inspections took place.

The data was uncovered by the trades union Unite, via a series of freedom of information (FoI) requests.

Unite general secretary Sharon Graham said: “These figures are shocking, as they demonstrate that the HSE are either unwilling or unable to ensure the safety of construction workers.

“Construction is a dangerous industry, made more dangerous by unscrupulous employers who risk workers’ lives by ignoring safety laws. If the HSE fails to ensure safety, then deaths and injuries will increase.

“The safest sites are union organised workplaces where independent union safety reps are able to challenges safety concerns and keep their fellow workers safe. Unite is unstinting in its campaign to increase organisation and reduce deaths throughout the construction industry.”

The biggest regional decline in inspections was in Wales, where inspections declined by 57% over the period, followed by the southeast (down by 51%) and London (46%).

Unite’s research also discovered a significant decline in the number of enforcement notices issued following inspections. The issuing of these has declined by 51% from 2,293 in 2013/14 to just 1,119 in 2021/22.  It is unproven whether the construction industry is really twice as safe today as it was eight years ago and so requires only half as many enforcement notices. Or maybe the HSE no longer has the budget to do its job properly.

Unite national officer for construction Jason Poulter said: “The HSE must explain and justify the sharp decline in construction inspections. For too many employers it is only the fear of being caught which ensures they follow safety laws.”

HSE has been asked for comment, which will be added here when supplied.