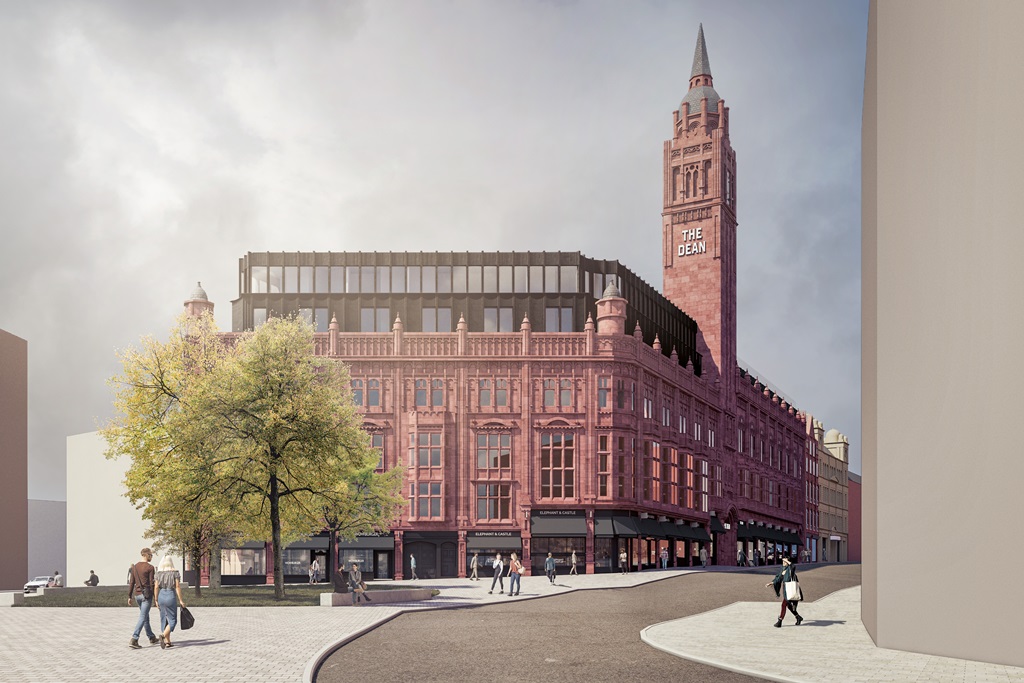 The plans centre on building another three storeys on top to make it commercially viable.

The planning application has been submitted on behalf of Ireland’s Press Up Hospitality Group and sister company Oakmount, who propose turning the Grade II* listed building into a hotel with 150 bedrooms and eight bars and restaurants, to be operated under ‘The Dean’ brand – the first Dean location outside of Ireland.

Originally built in 1904, the Central Methodist Hall became the Que Club in 1989 and an important part of Birmingham’s musical and cultural scene. The club went out of use in 2017 and the building declined onto Heritage England’s At Risk Register.

Todd Architects’ hotel-led proposal preserves many of its original features. Fundamental to the plans will be the refurbishment of the Central Hall into a 1500-seat event space (pictured right), with the pulpit area redefined as a stage for the turns.

“The Central Methodist Hall offers the opportunity to mix the height of Victorian grandeur with a fresh and contemporary take on the modern hospitality offer,” said Seamus Lennon, principal at Todd Architects.

“Whilst it remains necessary to extend the building vertically to ensure the project is commercially viable, our proposals will ensure this is done sensitively and allow the full restoration of the Central Hall space to be enjoyed by generations to come,” he said.