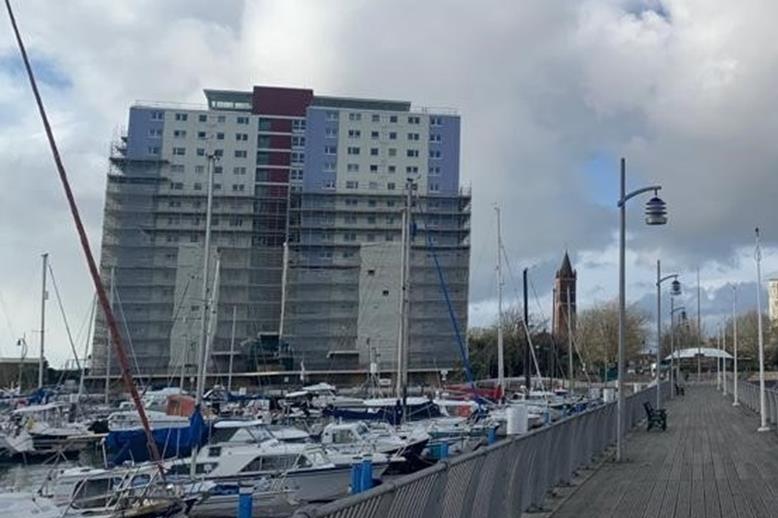 It was only after the Grenfell Tower fire in 2017 that alarm bells rang over the use of such systems. By this time, the Gosport towers were owned by Martlet Homes Ltd (part of the Hyde Group), which sought £8m in damages from Mulalley. (Only four of the towers were subject to litigation as the fifth was too long ago to sue over.)

Despite Mulalley’s denial of liability, His Honour Judge Stephen Davies at the Technology & Construction Court yesterday handed down his judgment in favour of the claimant, Martlet Homes.

The judge also awarded Martlet damages for the substantial costs of the waking watch service that it had been obliged to implement as a temporary mitigation measure for the risks posed by the cladding pending its removal.

Mulalley contended that the products and designs it employed were all properly certified and authorised at the time. Among the potentially significant lines within judgement is the judge’s determination that  “BBA (British Board of Agrément) certificates cannot be said to amount to a form of ‘guarantee’ or ‘passport’ to compliance with the Building Regulations”.

Law firm Norton Rose Fulbright, representing Martlet, described the judgment as “hugely significant“ given that it is the first High Court judgment on a claim concerning fire safety defects in cladding on a high rise building since the Grenfell Tower fire.

This is a significant win not only for the Hyde Group but for many UK building owners facing similar cladding issues, the law firm said, and for the construction industry as a whole, because it offers much needed guidance on the court’s approach to numerous significant issues affecting the hundreds of cladding disputes ongoing in the UK today.

Simon Ramsden, partner at Norton Rose Fulbright, said:  “We’re extremely proud of the role our team played in delivering this outcome on behalf of the Hyde Group, which we hope will promote the resolution of the many cladding related disputes thanks to the court’s guidance delivered today.”