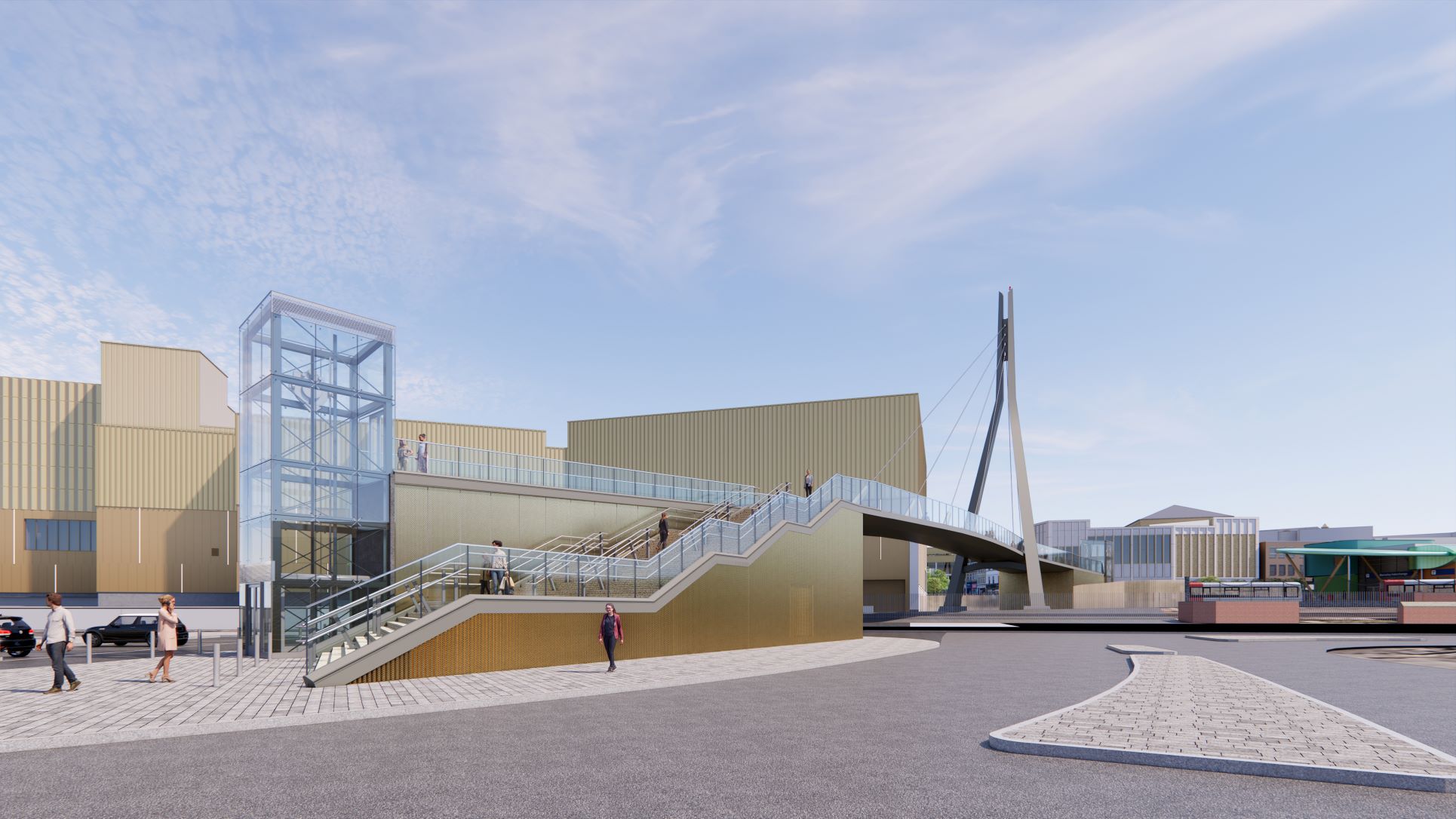 The £9.7m bridge over the railway line will be a permanent replacement for the former Jumble Lane level crossing, which was closed as part of Network Rail’s level crossing risk reduction programme.

The bridge is designed by architects from IBI Group with structural engineering from Waterman.

Contractor Keltbray will start by setting up site compounds at both ends of the bridge in Market Gate Car Park and in front of the Interchange.

The bridge is set to be a landmark feature on Barnsley’s skyline on completion next summer.

It will be fully accessible with lifts at both ends. Cyclists will also be able to take their bikes into the lifts, or walk them up the steps using a cycle wheel groove built into the bridge.

Network Rail is contributing £2m to the costs, as this would have been enough for a basic functional footbridge over the railway. But the council wanted something rather better as part of a wider town centre regeneration programme. So the South Yorkshire Mayoral Combined Authority is contributing a further £4.8m via its Get Britain Building and Transforming Cities funds, with the rest funded by Barnsley Council.

The forecast £9.7m total cost allows for significant increases in steel and other material costs since the bridge was first designed, the council said. It also includes further public realm, landscaping and highway improvements at both ends of the bridge.

The contractor was originally going to be NMCN but doubts arose about that company’s financial viability. The council then spent months last year to build safeguards into the contract. This would have made sure the council’s money was were protected in the event NMCN collapsing. After months of work, a position was agreed in July 2021 that protected the council and allowed work to begin. This was finally signed by the contractor on 30th September, but the firm fell into administration just four days later. Within two days NMCN’s infrastructure assets, including the contract to build the bridge, were acquired by Keltbray from the administrators. However, more time was required to transfer the contract to Keltbray. After this work was concluded, construction off-site began in February 2022.