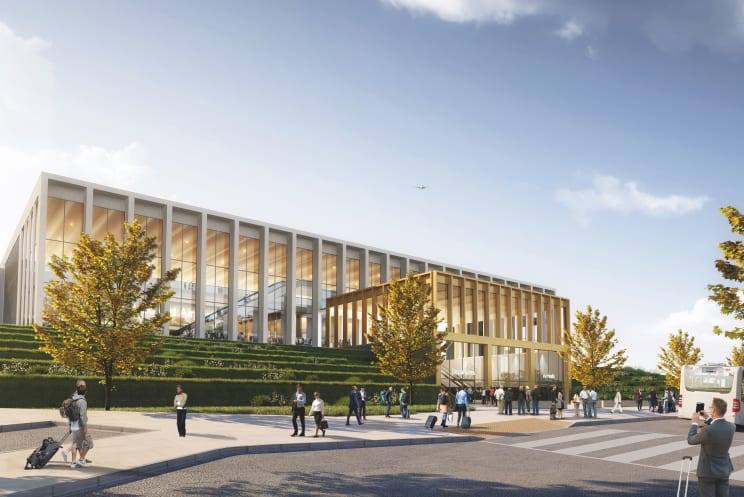 The airport has decided instead just to extend its existing terminal.

In a statement, the airport operator blamed “excessive delays and the decision to call in plans by the secretary of state”.

The airport’s owner, AMP Capital, had wanted to build a three-storey, 34,000 sqm terminal on an alternative site within the Yeadon airport’s boundary, nearer to a proposed rail link. This would have replaced the existing terminal, built in 1965, rather than be in addition to it.

However, having already spent a lot of money on the plans, and with the prospect of an expensive public inquiry and further delays, AMP Capital has instead turned its attention to developing the extension to the existing terminal, as originally approved by Leeds City Council in 2019.

Vincent Hodder, chief executive of Leeds Bradford Airport, said: “It is with regret that we have made the decision to withdraw LBA’s application for the development of a new replacement terminal. As the travel and aviation industry continues to recover from the impacts of the pandemic, LBA needs to be able to respond to rapidly increasing demand within the next few years.”

Further details of the extension scheme will be released in the coming months.