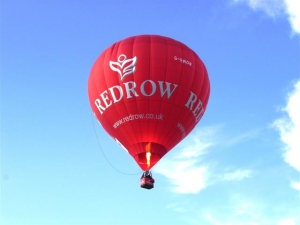 For Redrow, the costs of remediation have soared to £200m as a result of the pledge.

Today we can add Redrow and MJ Gleeson to the list.

In signing the pledge, they undertake to fix cladding and other fire safety issues on all buildings over 11 metres in height that they have built since April 1992. This widens the scope of the previous post Grenfell cladding remediation programme, which focused on buildings over 18 metres high.

Companies that sign the developer pledge also agree not to claim any funds from the government’s building safety fund.

Redrow today said that it never really wanted to build tall blocks of flats anyway and suggested it was all John Prescott’s fault.

“Historically Redrow has not been a major constructor of high rise apartments,” the company said today. “The majority of our high rise apartment schemes were built between 2000 and 2010 as a response to the government’s Planning Policy Guidance 3 which encouraged high density living. Due to our limited expertise in the design and building of such schemes, we outsourced the design and construction of the vast majority of these developments to principal contractors. To date Redrow has provided for estimated remediation costs of the small number of such buildings we constructed ourselves.”

Redrow’s existing provision for fire safety in high rise buildings is £36m but it is likely that it will now cost an additional £164m – £200m in total – although this number is not yet fixed. “This is a highly complex matter and the exact remediation work required and for the exact number of buildings will take time to determine.”

Where possible, Galliford Try will try to get money back from main contractors who did not get it right in the first place, and from warranty providers and other third parties. “As these recoveries are not certain, they have not been recognised in estimating the provision,” it said.

MJ Gleeson is also among the 53 companies that the Department for Levelling Up, Housing & Communities (DLUHC) has asked to pledge responsibility for fire-safety mitigation works.  MJ Gleeson this morning confirmed that it “has signed the pledge and returned it to DLUHC in good faith”.

MJ Gleeson was involved in the development of 15 buildings over 11 metres (none of which were over 18 metres) before exiting that businesses and dedicating itself to low-cost house-building and land promotion. As far as it can work out, there are no material fire-safety issues in any of its 15 buildings but, having signed the pledge, it is having another look.  The board aims to conclude this assessment by the end of June 2022.

MJ Gleeson chief executive James Thomson said: ” The house-building sector has responded positively to this initiative and is playing a proactive role and at significant cost.  We will continue to work constructively with DLUHC and the wider sector to ensure that this issue is resolved expeditiously.”

Yesterday we reported that signing the pledge had put Taylor Wimpey’s remediation costs up to £245m. Persimmon reckons the £75m that it has set aside will still be enough. Crest Nicholson is estimating a bill of somewhere between £80m and £120m.

A spokesperson for the Department for Levelling Up, Housing & Communities said: “Since January we have been clear in our expectations of developers, including an agreement to remediate buildings they have had a role in developing and to contribute to a wider fund to fix unsafe cladding. Our position has not changed. We welcome the developers who have signed pledges so far and we have the powers to impose a solution in law if those in scope do not do the same. We will provide an update on the outcome of negotiations in due course.”