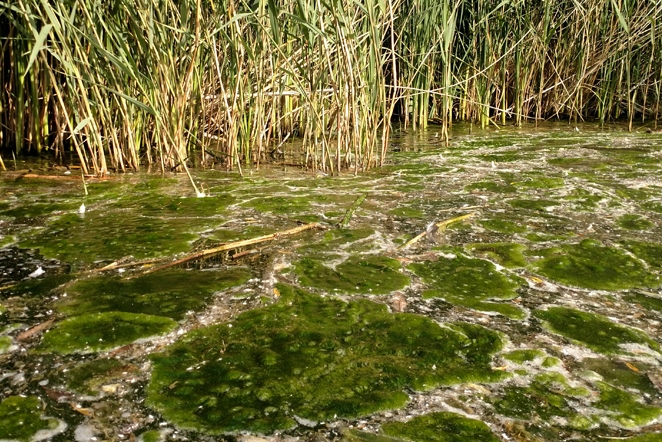 A nutrient mitigation scheme to be established by Natural England will allow local planning authorities to grant planning permission for new developments in areas with nutrient pollution issues.

The scheme will create new wetlands and woodlands, funded by developers, most of whom are by now familiar with the concept of ‘offsetting’ other environmental impacts.

The Department for Environment, Food & Rural Affairs (Defra) and the Department for Levelling Up, Housing & Communities (DLUHC) will provide some funding to pump prime the scheme, the government promises.

An intervention by Natural England, demanding ‘nutrient neutrality’ has effectively blocked the construction of an estimated 120,000 homes in river catchment areas, according to the Home Builders Federation (HBF).

The intervention came after a European Court of Justice ruling in the Netherlands. This ruling, known as Dutch N, prompted Natural England to revise its guidance to local authorities, advising them to assess all applications for housing development for nutrient-related pollution threats.

It has meant that local planning authorities have only been able to approve planning applications if they are certain it will have no negative effect on legally protected sites for nature.

Natural England, in its statutory role as an adviser on the natural environment, has advised a total of 74 local planning authorities on the nutrient impacts of new plans and projects on protected sites where those protected sites are in unfavourable condition due to excess nutrients.

Defra and DLUHC have now joined forces to come up with a plan that they hope will drive down nutrient pollution while still allowing for the construction of new housing.

A new legal duty will be imposed on water companies in England to upgrade wastewater treatment works by 2030 in ‘nutrient neutrality’ areas ‘to the highest achievable technological levels’.

Natural England will accredit mitigation delivered through its nutrient mitigation scheme, enabling planning authorities to grant planning permission for developments which have secured the necessary nutrient credits. This will give developers a way to ‘mitigate’ their nutrient pollution, allowing planned building to continue.

The scheme will be open to all developers, with priority given to smaller builders who are most affected, the government said. Developers can also continue to put their own mitigation schemes in place should they choose. Natural England said that it would “work with, not crowd out, new and existing private providers and markets for nutrient offsets wherever they exist”.

Housing secretary Greg Clark said: “It is essential that new homes do not impair the quality of our rivers, streams and wetlands. These measures will ensure the development can take place, but only where there is practical action taken to protect our precious aquatic habitats.”

Natural England chair Tony Juniper said: “Wetlands and estuaries are home to a wide variety of internationally-important wildlife species, from wading birds to insects and from fish to special plants. Pollution from excess nutrients is causing serious damage to many of these fragile places and if we are to meet our national targets for Nature recovery it is vital that we take concerted, coordinated action to protect them.

“The duty on water companies and the Nutrient Mitigation Scheme mark significant steps forward, and will help join up the various approaches to improving water quality and bring about multiple other benefits. They will provide the tools needed to help planning authorities, developers and water and land managers to both build new homes and support the healthy rivers and lakes that are vital for restoring Nature and creating beautiful places for everyone to enjoy.”

The scheme is scheduled to open in the autumn.

Representing the construction industry, Federation of Master Builders chief executive Brian Berry said: “The government has made the right decision to address industry concerns about the impact of nutrient neutrality which was halting much needed new housing development. While it is important that steps are taken to protect our natural environment, the current rules were having a chilling effect on an industry already facing many hurdles to build.”

He added: “It is right that responsibility has now been placed on the water and sewage companies to address capacity of the water system to deal with nutrient pollution. This is an important recognition that the impact of building much-needed new homes is proportionately small. The announcement of the new nutrient credit system mustn’t be too onerous for micro developers and we stand ready to work with the government on the details about how this will work.”

Speaking for planning authorities, Cllr David Renard, the Local Government Association’s environment spokesperson, said: “Councils want safe, clean, thriving natural environments alongside the sustainable development of housing, growth and jobs.It is important to strike the balance between ensuring councils can provide new homes for local people alongside protecting our environment such as our rivers. Councils have always been clear that limiting new developments alone will not be enough to improve the state of English rivers. Our recent research found 17,000 homes year were impacted by development bans so we are pleased that these measures will mean some areas will be able to build homes again.

“However we also need to act quickly to reduce all pollution at source. It is positive that new obligations are being placed on water companies and that Natural England will play a more active role in finding mitigation solutions and it is also critical to maintain the protections for our rivers and to remain focused on delivering the reduction of pollutants from entering the rivers in the first place.

“Councils are at the centre of this ambition and it is vital that the government and its agencies, house builders, the agricultural sector and water companies all come together with councils to continue to find short-term solutions while doing everything we can to reduce pollution at source.”