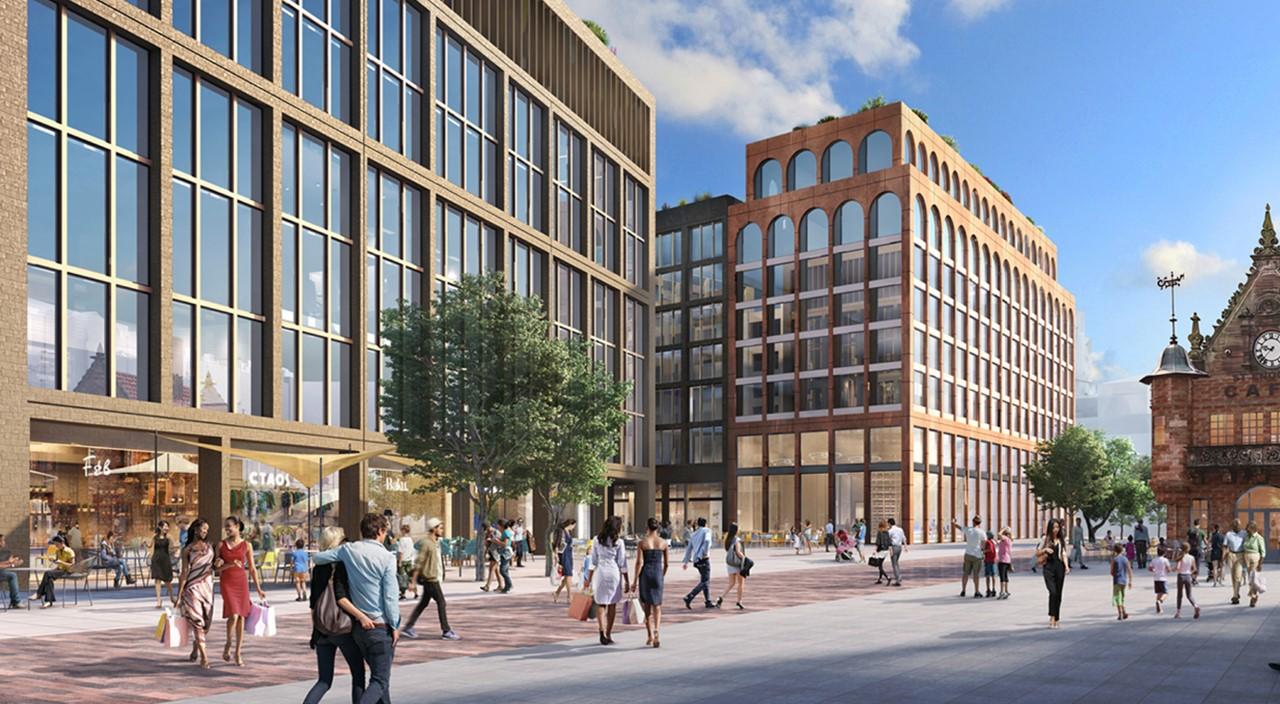 LJA was appointed by Sovereign Centros and has developed the proposal has to complement Glasgow’s City Centre Strategy. The strategy encourages improved links between the city centre, the river front and surrounding areas, whilst enhancing city centre life by creating a ‘20-minute city’ with a new retail street and public square as a central leisure hub.

The new masterplan proposes an urban network of streets, based on historic street layouts, to enhance the city’s connectivity and access to key public spaces. The new St Enoch Street and the square are the main features of the scheme, providing public realm and connectivity areas between the city and the Clyde. The new layout reinstates Glasgow’s connections that were disrupted by the construction of St. Enoch Railway Station in 1876 and also by the current site of St Enoch Centre after the closure of the station in 1974.

The project involves a phased demolition and reconstruction of the 1986 building, which structural retention has been proved to be unsustainable over the short, medium and long term. The building has already been extended several times and is constrained vertically by the load limitation of the piles and horizontally by the infrastructure. Furthermore, its large glass roof surface results in an anticipated EPC rating for the mall in the F band (circa 80 kgCO2/m²/annum), against the 15 kgCO2/m²/ annum of an equivalent shopping mall constructed to current building regulation standards.

The redevelopment will however retain part of the site, including the listed Debenhams Building, the listed Buck’s Head Building and the traditional masonry construction facades on 135 – 153 Argyle Street, which are to be incorporated in the new layout. The basement will also be retained and host number of functions such as parking and servicing, as well as storage and plant space.

Given the scale of the proposed development, the current expectation is that the phased works will take approximately 15 to 20 years to complete, with elements of the existing St. Enoch Centre remaining operational during this period.

Brian Tracey, director at Leslie Jones Architecture, said: “Our masterplan reinstates strategic urban links between Glasgow city centre, the river Clyde and its amenities. The scheme revitalises the locale to boost city centre living, creating a thriving, inclusive and sustainable district whilst consolidating Glasgow’s ambitions to be one of the UK’s best cities to live, work and play in.”