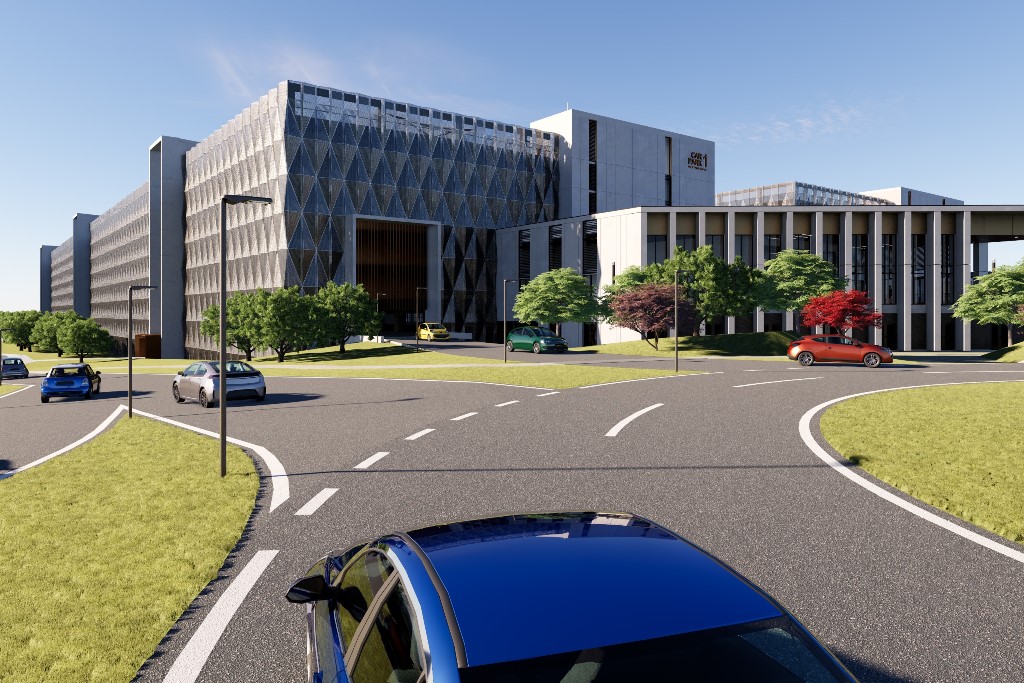 The Urban Growth Company (UGC), the local authority special delivery vehicle set up by Solihull Council to exploit economic opportunities associated with HS2, has submitted a hybrid planning application to build a first car park and seeking outline consent for a second.

Located at the 140-hectare Arden Cross development site on the outskirts of Solihull, near the NEC exhibition centre, the multi-storey car parks would serve a new destination known as the UK Central Hub. HS2 Ltd previously had consent for 7,500 surface car park spaces but UGC wants to go multi-storey to free 30 hectares of land for high density development next to the station to build flats and offices around the station.

Vinci Construction UK has already been appointed design and build contractor, with additional planning and architectural support being provided by Cundall, Associated Architects and Fira.

The first of the multi-storey car parks would be constructed to support the opening of HS2 sometime between 2029 and 2033. The structure would have 4,000 spaces over nine floors, with the two lowest floors located below ground level, in addition to 500 surface level car parking spaces. This is possible as the site of a disused quarry has been selected as the site for the car parks, reducing their visual impact and making use of a location that would otherwise have been backfilled.

The second multi-storey, if required, would be eight storeys high, with one storey below ground level. This would comprise approximately 3,000 spaces and would be located on the site of the first phase surface car park. This would be constructed in time for the opening of the later phases that are currently planned for HS2.

The proposals for both car parks take account of current and emerging requirements relating to electric vehicle charging, as well as connected-autonomous vehicles in the future.

UGC managing director Jonathan Bretherton said: “This application is about so much more than a car park; it’s about what it enables. The UGC plans mean that we will enable the creation of a world-class opportunity for new homes and jobs right next to the new Interchange Station and minutes from the existing Birmingham International station and airport when the HS2 people mover opens

“This application marks incredible progress made by the public and private sector partners we work with, and it wouldn’t be possible without the £50m grant from central government and the £45m loan facility from the West Midlands Combined Authority. That collective commitment underpins an ambitious plan to create a truly outstanding destination which delivers economic and social benefits as well as unrivalled connectivity.”

A series of in-person and online engagement activities have been undertaken since March 2022 and feedback has been incorporated into the final applications. A decision from Solihull Council is expected in November 2022.