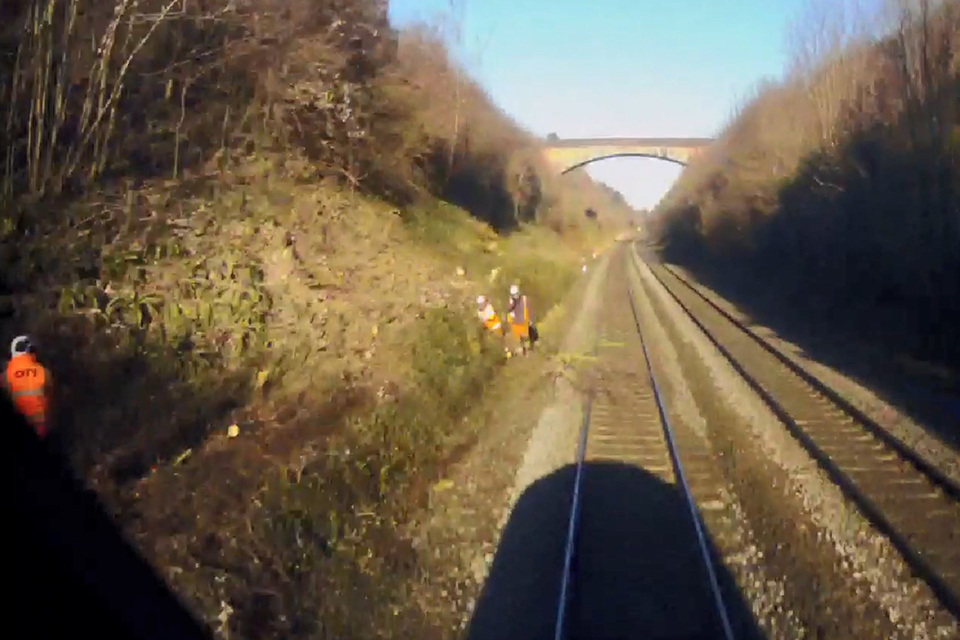 At around 13:10 hrs on 14th January 2022, a train travelling at 95 mph had a near miss with two track workers before striking part of a tree at Uphill Junction, near Weston-super-Mare.

The track workers were part of a team clearing vegetation on an embankment alongside two open running lines. During this work, a tree of around six inches diameter, which had been felled by the team, came down the embankment and landed in the cess.

The two track workers involved in the incident went onto the line and attempted to remove the tree from the cess. While doing so they unintentionally moved the tree so that it impinged on one of the running lines. The workers noticed a train approaching them. They were able to move clear of the line several seconds before the train passed them, but part of the tree remained foul of the line and was struck by the train. No injuries resulted from the collision and the train did not derail, sustaining only minor damage.

The Rail Accident Investigation Branch has undertaken a preliminary examination into the circumstances surrounding this incident and a safety digest is in the works, it said.