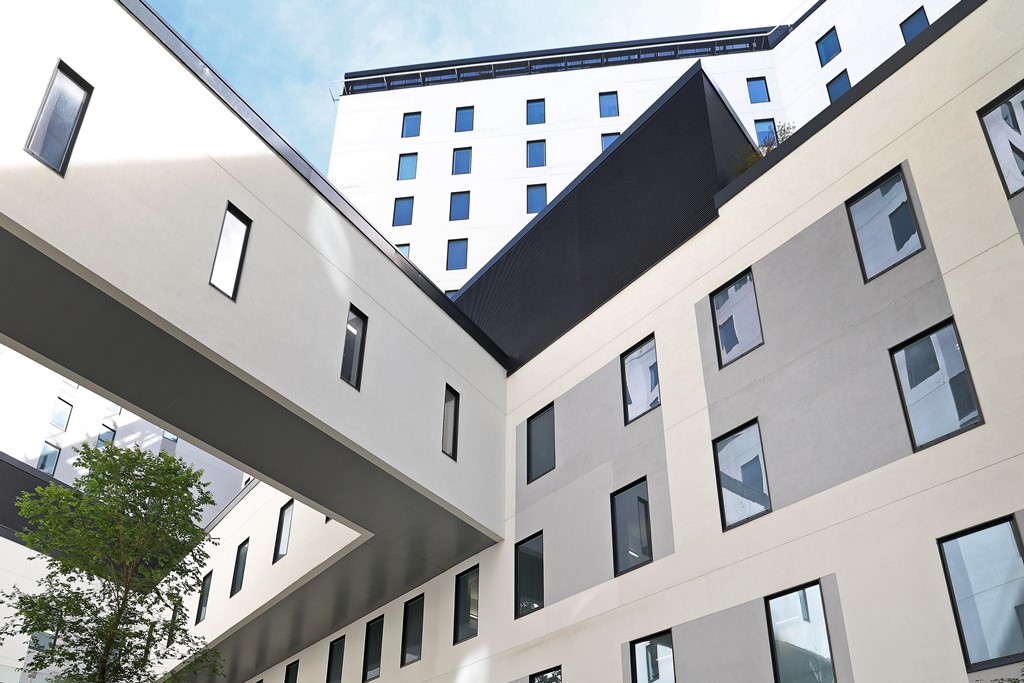 It has been quite a saga.

Carillion started construction on the Royal Liverpool in February 2014 with a planned completion date of March 2017. Firstly, Carillion ran late on the job – 13 months late – then the contractor went bust in January 2018.

This was followed by 10 months spent trying to rescue the PFI project before it was scrapped in October 2018 and eight more months of delay before remedial work began in June 2019 with Laing O’Rourke having replaced Carillion as main contractor. It has taken three years of remedial work, including changing the cladding, to get the job finished. It was only supposed to take three years to build it in the first place.

Liverpool can at least console itself that it is not alone in being the victim of Carillion’s incompetence. The Midland Metropolitan University Hospital in Birmingham is also very late. Carillion started work there in January 2016 under a PFI contract and was supposed to complete in October 2018. Balfour Beatty took over in 2019, with the expectation of completing in 2021. That hospital will now not open until 2024.

At the Royal Liverpool, the estimated construction cost of the Royal Liverpool has risen from £350m to £724m (a rise of 107%) as of January 2020, when a National Audit Report (NAO) into the two Carillion hospital projects was published. That report detailed the problems encountered on each site.

Problems in Liverpool started early. In May 2014, three months after mobilising, Carillion found asbestos in the ground and made a claim against the NHS trust for the cost and delay this would cause. Between 2014 and the end of 2016, Carillion made several more claims for delay for various causes including bad weather, issues with the power supply and the discovery of further asbestos. These claims were disputed and were not resolved at the time of Carillion’s January 2018 liquidation. In May 2017 Carillion informed the trust that the project was delayed by 11 months and a revised timetable was agreed.

In December 2016, a construction worker discovered a crack in one of the concrete beams in the third floor of the building where the weight of the upper floors, which are set at an angle to the lower floors, transferred to the lower structure. Carillion investigated while work continued during 2017 and found cracks in three beams. By December 2017, just before Carillion went into liquidation, the hospital was at a late stage of construction, with interior fit-out almost complete. Carillion told the trust that the issues with the beams would be fixed by February 2018 and estimated that the build should be complete by mid-April 2018, 13 months late.

When Laing O’Rourke was appointed main contractor in March 2018 to complete the job, the trust believed the hospital could still be completed by September 2019.

In April 2018 consulting engineer Arup was commissioned to review the structural design, including the safety concerns indicated by the cracked beams, and perform a fire safety review. To assess the structure, in which the upper floors are offset from the lower ones, Arup produced 3D models of the building and discovered that the original design had ‘significant shortfalls’. Arup produced an interim report in April 2018 that identified serious problems with the structure of the building and that it needed strengthening in several locations.

In September 2018 Arup reviewed the external cladding of the building and found that – in light of the Grenfell Tower fire – it did not conform to the relevant fire regulations. Fixing the cladding  was eventually estimated at £50m.

By October 2018 the number of parts of the structure that required significant rectification had increased to about 100. Arup proposed design solutions for each of these parts, to be addressed by around 70 structural interventions including new steelwork and reinforced concrete. These required some interior walls, wiring, piping, and heavy machinery and equipment to be stripped out, mainly across three floors of the hospital. In some cases this involved innovative engineering solutions, the NAO report observed.

Now, however, that is all history.

James Sumner, chief executive of the Liverpool University Hospitals NHS Foundation Trust, said: “The new hospital marks the beginning of a new era of healthcare in the city, when the people of Liverpool will finally have the hospital and facilities that they deserve.

“We are also now formally confirming Wednesday 28th September 2022 will be the day we begin moving into the new hospital.

“For everyone involved – our patients and their families, colleagues and the public across the Liverpool City Region – this is a fantastic day. After a lot of anticipation, we are now able to say that we will be moving to the new Royal Liverpool University Hospital.

“I want to thank everyone involved for the dedication and hard work involved in getting the project to this point. Now, we can look forward with great excitement to opening the doors on a new hospital that the people and the city of Liverpool deserve.”

Laing O’Rourke project director Andy Thomson said: “Laing O’Rourke was appointed to complete the 640-bed hospital in 2018, and reaching today’s milestone is testament to the hard work of our workforce and supply chain partners. I would like to thank every one of them for their commitment and hard work on this unique project.

“Handing over a new hospital always gives our entire team an immense sense of pride. It is the point at which the hospital healthcare teams begin their familiarisation and training in a new facility that will help them deliver the world-class care for which the NHS is renowned. This is the 17th hospital that our experienced healthcare team has delivered in the UK since 2010, and alongside Alder Hey and Clatterbridge Cancer Centre is the third one to serve the people of Merseyside. I am very proud of the latest hospital we have delivered and I hope it will help the NHS’s dedicated staff continue to provide excellent care for the people of Liverpool.”