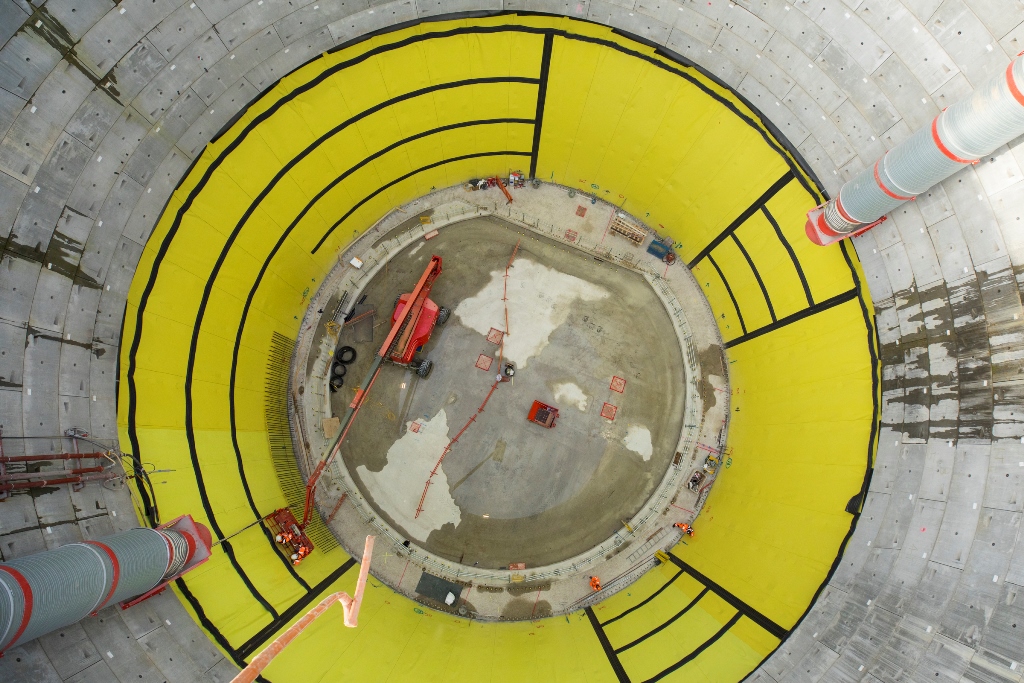 The first permanent works began at the site in west London in February 2021 when the SCS JV team poured a 160 m3concrete collar around the ancillary shaft. They then built the first 11 metres of the 25-metre internal diameter shaft using McCann precast concrete segments, before completing the final 19-metre depth with sprayed concrete.

The team of around 30 engineers and operatives have since completed the shaft with a 3.3-metre thick base slab constructed in three separate pours. The main pour of around 1,000 m3 of concrete took place at the end of 2021; the second and third were completed in January, adding another 740 m3 of concrete.

As well as the shaft, which will provide ventilation and emergency access to the Northolt Tunnels, SCS JV is building a crossover box on the Acton site that will let trains switch tracks on the way into and out of Old Oak Common station.

The Victoria Road site in Acton will be used for the assembly and launch of two tunnel boring machines (TBMs) that will dig the 3.4-mile eastern section of the Northolt tunnels. The TBMs are due to arrive in early 2023 and will begin the 12 month programme of tunnelling later that year.

SCS JV managing director James Richardson said: “We’re constructing eight ventilation shafts along our 13 miles of twin bore tunnels in London and this vent shaft is the first to advance to this stage. Work is progressing well at all our other shaft sites so that they are ready for the tunnel boring machines to travel through them as our huge tunnelling programme progresses over the next three years.”

HS2 project client Malcolm Codling said: “The team at Victoria Road have made huge strides, completing the base slab of the ancillary shaft, and preparing the site for the launch of two tunnel boring machines. As we move into the next phase of work. It won’t be long until we begin to see where the railway will run through the site, taking it from our detailed construction plans to reality.”

In the short video below, SCS site engineer Diana Nahle takes us behind the hoardings to  see the Victoria Road crossover box construction site.