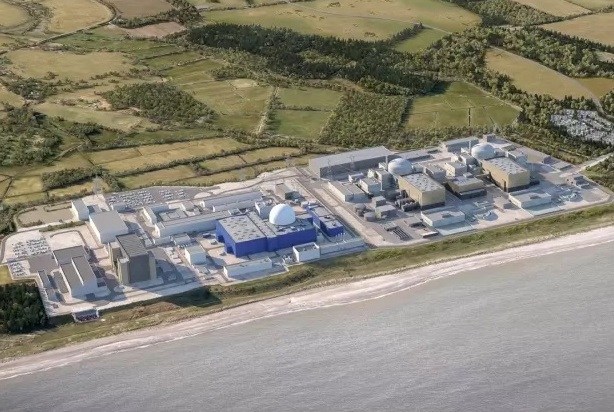 Signing the development consent order (DCO) has the effect of granting planning permission for the construction of a £25bn new nuclear plant in Suffolk.

The application was submitted to the Planning Inspectorate for consideration by NNB Nuclear Generation (SZC) Limited – which is 80% owned by French energy giant EDF – in May 2020. More than one thousand interested parties and statutory consultees gave evidence during the public examination which ran from April to October last year. The inspectors’ recommendation landed on BEIS secretary Kwasi Kwarteng’s desk on 25th February 2022.

The Planning Inspectorate told the secretary of state that “unless the outstanding water supply strategy can be resolved and sufficient information provided to enable the Secretary of State carry out his obligations under the Habitats Regulations, the case for an order granting development consent for the application is not made out”.

Mr Kwarteng decided that “the very substantial and urgent need for the proposal outweighs the harms”.

Planning Inspectorate chief executive Sarah Richards said: “The examining authority listened and gave full consideration to local views and the evidence gathered during the examination before making its recommendation.”

EDF described today’s decision as “the biggest milestone so far in the approval process for Sizewell C”.

Sizewell C’s chief planning officer, Carly Vince, said: “It is a big endorsement of our proposals and supports our view that this is the right project in the right place.

Negotiations with the government on raising funds for the project are continuing and a financial investment decision is expected in 2023. Last month, the government announced that Sizewell C could be eligible for funding using the so-called regulated asset base (RAB) scheme – similar to Thames Tideway’s funding – which is currently considered the best way to minimise the cost of the project to consumers.  The project is currently 20% owned by the Chinese government, about which previous Conservative governments had been quite relaxed. These days, not so much, and the RAB model may be a way of squeezing out Chinese influence without jeopardising funding. In January 2022, the secretary of state purchased an option over the shares in NNBG SZC and land on the Sizewell C site for  £100m. Should the project go ahead, the government has an option to convert this fee into an equity stake in the project.

Julia Pyke, Sizewell C’s financing director, said: “Energy costs will be lower with nuclear in the mix, so today’s decision is good news for bill-payers. The tried and tested funding arrangement we are proposing means that, by paying a small amount during construction, consumers will benefit in the long-term. Sizewell C will give a big boost to jobs and skills in nuclear supply chain companies across the country. It will strengthen the UK’s energy security and play a key role in our fight against climate change. Planning approval brings us closer to delivering the huge benefits of this project to Suffolk and to the UK.”

Other approvals required before the project can begin construction include a nuclear site licence from the Office for Nuclear Regulation and permits from the Environment Agency.