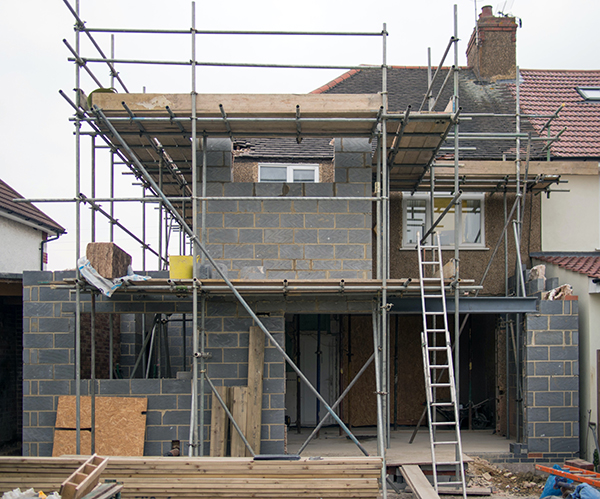 According to a survey by the Federation of Master Builders, which represents  around 8,000 small building firms across the UK, 52% of builders are neither prepared for nor aware of the impending changes. Only 44% are ready – 5% couldn’t even say one way or the other.

Revisions of the approved documents that give practical guidance on the requirements of the Building Regulations 2010 come into effect on 15th June 2022.

Centred around improving the energy efficiency of buildings, they are interim measures ahead of the Future Homes and Building Standards expected in 2025.

The Federation of Master Builders (FMB) says that the government needs to pull its finger out and tell small builders what it expects from them. The FMB says it needs “clear guidance to help make sure small builders are informed of the changes”. It adds: “These are complex changes for small, time poor, builders to take on, especially without good communication from government.”

Pressures facing small building firms were also once again highlighted by the FMB’s latest quarterly survey. Prices are really impacting bottom lines with 98% of builders having had material costs increase and only 83% passing on these costs to customers.

Material shortages and a lack of skills still plague the sector causing job delays for most builders. 73% of FMB members have delayed jobs due a lack of materials and 55% are delaying work owing to a lack of skilled labour.

Carpenters/joiners, bricklayers and general labourers continue to be the most difficult occupations to recruit in Q1 2022, with at least two in five FMB members reporting difficultly recruiting either occupation (45%, 40%, and 39% respectively). Difficulties in hiring bricklayers is fairly stable compared to Q4 2021 (41%) along with general labourers (38% in Q4 2021). Difficulty in hiring carpenters/joiners is also relatively stable in Q1 (45%) albeit slightly up from 43% in Q4 2021. Difficulties recruiting plasterers has continued to decrease since Q3 2021.

FMB chief executive Brian Berry said: “The FMB’s state of trade survey highlights just how underprepared the building industry is for regulatory changes coming into force in June. Builders can’t be blamed for this situation given the poor communication and engagement coming from government. The government need to help address this issue by providing clear guidance to help builders understand what is expected of them.”

He added: “The survey also shows that availability of materials and skills shortages are not going away. These issues, coupled with crippling price rises, are causing real problems for the building industry. Delays and increases in prices will put off consumers, who are already reluctant to commission new work as their own costs spiral.”