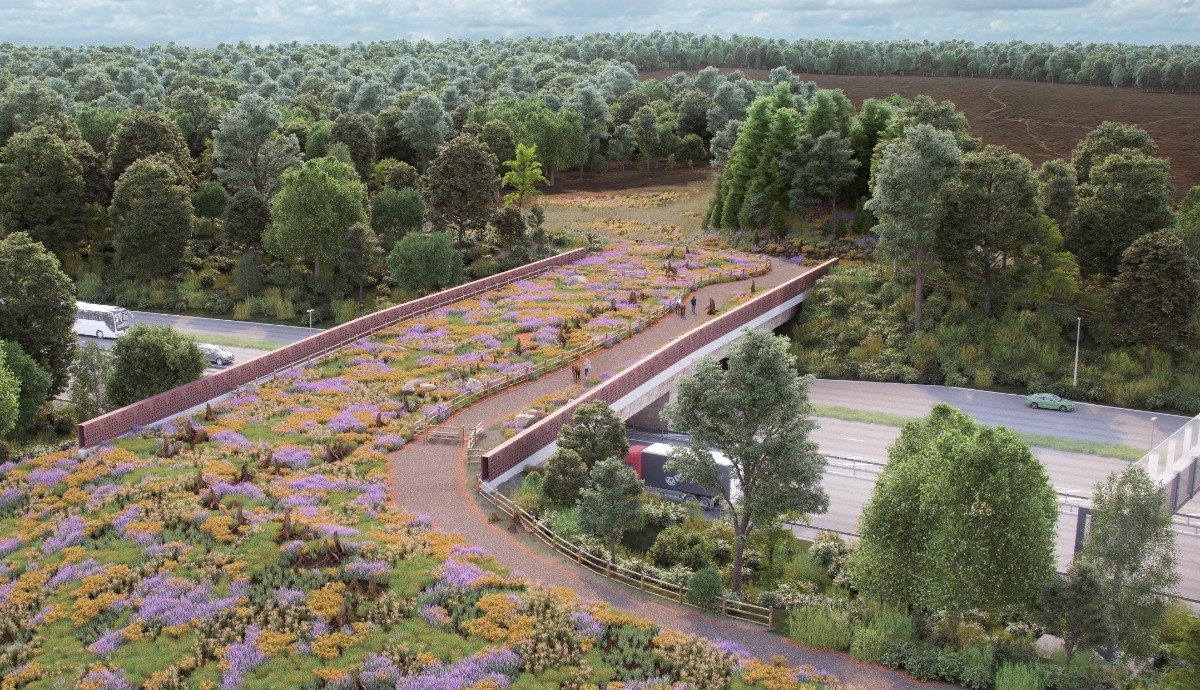 Cockcrow green bridge, to be built as part of the forthcoming M25 Wisley interchange scheme, will be much wider than originally planned to provide a bigger corridor for local wildlife.

The bridge will be the UK’s first heathland green bridge and will re-connect the Ockham Common and Wisley Common that have long been severed by the A3 trunk road.

National Highways originally a 10-metre-wide green verge on Cockcrow overbridge in the application for the scheme, planted with bushes and grases. Following public consultation this was widened to 25 metres, increasing the bridge footprint within the existing scheme boundary, due to the need for wider approach ramps.

Green bridges with local native planting are among the recommendations, it says, and should be included in construction projects to prevent the severance of natural systems, especially when crossing waterways to protect animal and plant life.

National Highways chief highways engineer Mike Wilson said:  “National Highways is a recognised authority for road design, building and maintenance, and our standards are used across the globe.  Our aspiration is to deliver roads which not only serve their purpose, but are also each examples of excellence, and which are aesthetically pleasing. To achieve this will require a shift in design culture within both National Highways and the wider roads sector.

Jonathan Wade, project manager for M25 J10/A3 Wisley interchange, said: “The advice from design review was valuable in helping the Wisley interchange project team respond to the context and in shaping our final scheme proposals. The panel with its broad range of experts was a useful forum to review the balance of constraints and opportunities and to extend our ambitions for the scheme.

“We are now looking forward to starting works across the scheme in the autumn. This will include the construction of the Cockcrow green bridge, the inclusion of which was supported by the design review process.”